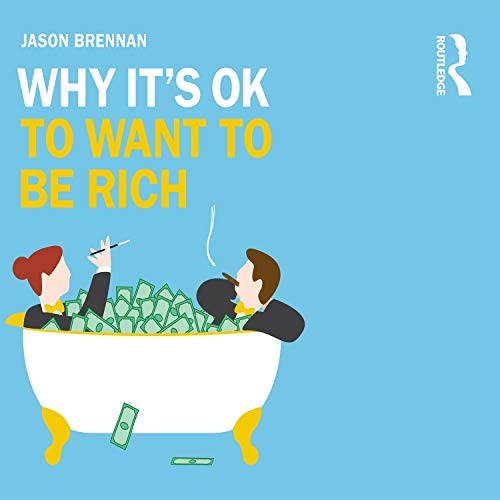 Finger-wagging moralizers say the love of money is the root of all evil. They assume that making a lot of money requires exploiting others and that the best way to wash off the resulting stain is to give a lot of it away.

In Why It’s OK to Want to Be Rich, Jason Brennan shows that the moralisers have it backwards. He argues that, in general, the more money you make, the more you already do for others and that even an average wage earner is productively "giving back" to society just by doing her job. In addition, wealth liberates us to have the best chance of leading a life that’s authentically our own.

Brennan also demonstrates how money-based societies create nicer, more trustworthy and more cooperative citizens. And in another chapter that takes on the new historians of capitalism, Brennan argues that wealthy nations became wealthy because of their healthy institutions, not from their horrific histories of slavery or colonialism.

While writing that the more money one has, the more one should help others, Brennan also notes that we weren’t born into a perpetual debt to society. It’s okay to get rich and it’s okay to enjoy being rich, too.