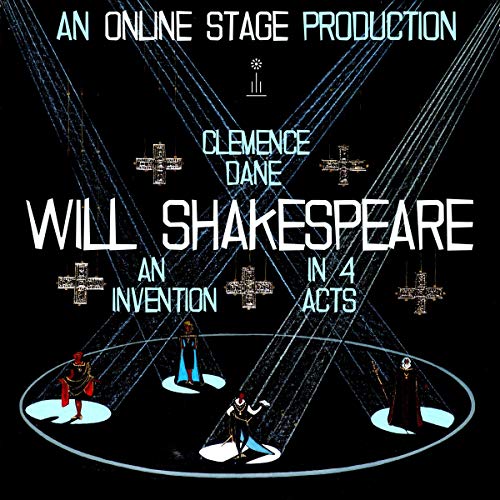 This play is a fictionalized account of the life of William Shakespeare, beginning from his humble origins in Stratford-upon-Avon with his wife, Anne Hathaway, to his life as a successful playwright in London. This play uses several biographical speculations about Shakespeare's life to tell a fascinating tale, such as his relationship with his wife (to whom he famously left his "second-best bed" in his will), his friendship with fellow playwright and competitor Christopher Marlowe, his interactions with Queen Elizabeth I, and even an extramarital dalliance with the queen's maid of honor, the two-timing temptress Mary Fitton (who is speculated to be the "Dark Lady" to whom Shakespeare refers in his sonnets).

Clemence Dane is the nom de plume of Winifred Ashton, an English novelist and playwright, who is best known for her novel Regiment of Women and once won an Academy Award for best story.

What listeners say about William Shakespeare: An Invention in Four Acts