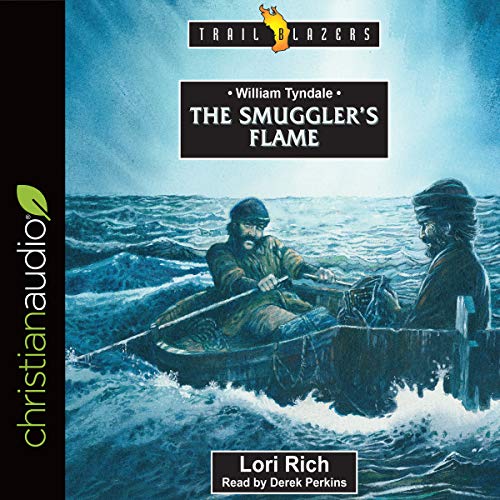 William Tyndale lived a life of adventure and danger, dodging the king's men, fleeing from his enemies, and meeting with smugglers in the dead of night. What brought a well-educated young English man to such a state? Was he an outlaw? Was he a thief? No - he was a Bible smuggler and a brave one at that.

Tyndale wanted other English speakers to be able to read God's word in their own language, but there were many who tried to put a stop to that. However, Tyndale's work was God's work, and it would not be stopped - even after Tyndale's death. One day, there was a translation of the Bible in the English language, and it lit a fire in people's hearts that would not be put out.

Listen and learn about how God wants us to be brave and courageous and to stand up for the truth!

What listeners say about William Tyndale: The Smuggler's Flame

I plan to listen again soon. I'm beyond impressed... Not only was it a wonderful book, the narrator did an amazing job reading it. Very very very well done.

downloaded for the kids to listen to and couldn't stop. kids loved it to! thank you