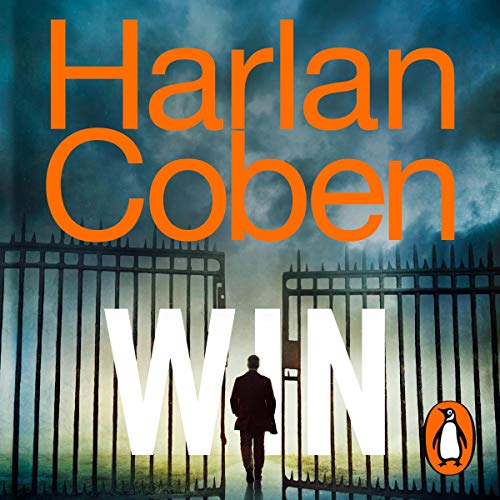 From the number-one best-selling author and creator of the hit Netflix series The Stranger comes a riveting new thriller, starring the new hero Windsor Horne Lockwood III - or Win, as he is known to his (few) friends....

Over 20 years ago, heiress Patricia Lockwood was abducted during a robbery of her family's estate, then locked inside an isolated cabin for months. Patricia escaped, but so did her captors, and the items stolen from her family were never recovered.

On New York's Upper West Side, a recluse is found murdered in his penthouse apartment, alongside two objects of note: a stolen Vermeer painting and a leather suitcase bearing the initials WHL3. For the first time in years, the authorities have a lead not only on Patricia's kidnapping but also on another FBI cold case - with the suitcase and painting both pointing them towards one man.

Windsor Horne Lockwood III - or Win as his few friends call him - doesn't know how his suitcase and his family's stolen painting ended up in this dead man's apartment. But he's interested - especially when the FBI tell him that the man who kidnapped his cousin was also behind an act of domestic terrorism, and that he may still be at large.

The two cases have baffled the FBI for decades. But Win has three things the FBI does not: a personal connection to the case, a large fortune and his own unique brand of justice....

What listeners say about Win

25 years on Win is as fascinating as he was in Deal Breaker. good stuff

This was my first Harlan Coben novel and I've gone out and bought 3 more, his writing is witty, insightful, well paced, thoroughly entertaining and highly recommended for fun, light reading. Steven Weber is a master narrator and I will look for more books that he has brought to life

Loved the Story and the Narrator

Master Story Teller coupled with a Master Narrator. What else could you ask for? Great storyline. Loved it.

I am so sorry I bought this audible book. It’s badly read has no structure and I hated listening to it. I have so enjoyed all his previous books so was really disappointed with what I received. I tried to exchange it but was informed that I had to phone to do this. As I live in Cape Town South Africa this is not so easy..

Win has always been one of my favourtie characters! loved the book! a must read!

Peaking curiosity from the very beginning. Interesting lead character. Unpredictable. Leave you wanting the next book with Win as the man of the moment.

The misogynistic sociopath's guide to life

Win is one of those HC characters that you either have a soft spot for or you despise. No-one could ever say they like him but, by the end of this, you may be prepared to tolerate another Win driven novel should HC decide the character has more to say. Although he did use up quite a lot of clichés in this one so it may be just a one time deal.

Narrator excellent, book so well written, gripping, and at points made me laugh out loud.. Definitely listen to this, I was sorry when it ended

HC at his best!

I was swept along...great from start to finish. the book hopped from past to present

Not one for me really

Good if you like mysteries involving rich Americans, determined to get to the truth whilst naming in great detail the exact spec. of every car they drive, plane they fly, watch they wear and meal they eat. A decent mystery at the heart of it, but frankly anyone who answered the phone with the greeting "Articulate" would get it slammed down by me !

Couldn’t get through the first nine chapters nothing redeeming about the character. Barely a plot by then

Really struggled with this novel. I've read a lot of the authors back catalogue and really like the early MB books, but this one was overly complex and tedious with too many revelations that were not unexpected.

Maybe not his best but great read

I always loved Win in the Myron Bolitar books so I was thrilled to read him as a main character. It was a great introduction novel but the story lacked the suspense of the stand alone novels. Not that I guessed all twists and turns but I didn't feel I "couldn't out it down"... saying that I did binge listen over 3 days. The narrator was Win... brilliant performance Steven Weber. Well worth a read.

I love Harlan Coben books so jumped at the chance of this new title. It offers a suitably complex plot and excellent narration, but I was not really grabbed by it or the characters involved who seemed very 2 dimensional. So overall it was ok, not great.

Awful spinoff of a lame series

Myron Bolitar was a lame, sexist attempt at humour. Win is an almost as annoying spinoff. It's really hard to reconcile this trash with the writer we know Harlan Coben to be. Why does he do this to himself?

Must read. If you like suspenseful intricate stories, you will love this. The reader is fabulous. Enjoy!

If you are a Harlan fan you will have come across Win in previous books as he puts in a guest appearance now and then. In this story though he's the star of the show. He is not the nicest of chaps, not by a long way, but he does have a reluctant soft side, he is also incredibly rich. In some ways he reminded me of Harry Starke the star of another totally unrelated series.
The story did keep me interested the whole way through, lots of clever twists and turns but have to say, I have enjoyed other Harlan Coben books more, mostly because Win seemed to rely more on his wealth to find answers rather than his brain.
Steven Webber gave us an excellent narration, a pleasure to listen to

Win is my favourite anti-hero. Thank you Harlan for another great book. Highly recommend!

I really want to dislike this book and the main character but I am enjoying it way too much! Lots of cliched, telegraphed dialogue but brilliantly performed - even though the drunk disgusted me I was still smiling. Love the way you write Mr Coben. Love your delivery Mr Weber.

Really enjoyed this with the usual Corben twist as it draws to a close. Loved the performance of this, kept me wanting more ! Highly recommended . And bonus interview at the end was great.

Great book, loved the twists and turns along the way. Loved the point of view of main character. Would recommend if you like any Harlan Coben book

I love Harlan's books...but this one less so. I couldn't get too excited about hunting down some relatively harmless hippies from long ago. I did want to find out who killed the girls...but that story seemed to get buried. I could not warm to the main character and wouldn't particularly want to spend time with him again. ..although I really enjoyed the father daughter relationship. And PLEASE I don't need to hear that the wealthy can do what they like...again and again and again. once would have been enough. I get the picture.

Oh dear what was this? As far as I can say it was an indulgence. He’s not likeable when on his own. And the story was really lame. I wouldn’t bother if I were u.