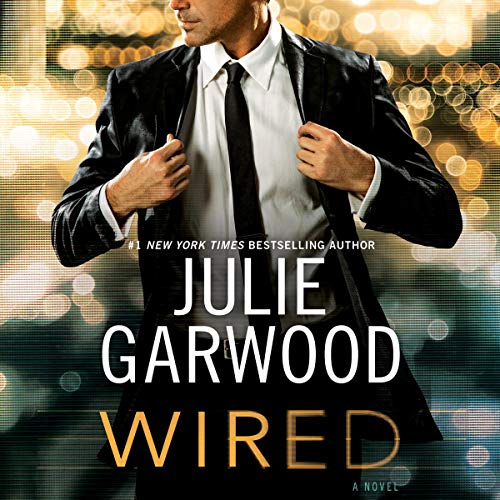 A beautiful computer hacker and a bad-boy FBI agent must collaborate - in more ways than one - in the sizzling new novel from #1 New York Times bestselling author Julie Garwood.

Allison Trent doesn't look like a hacker. In fact, when she's not in college working on her degree, she models on the side. But behind her gorgeous face is a brilliant mind for computers and her real love is writing - and hacking - code. Her dream is to write a new security program that could revolutionize the tech industry.

Hotshot FBI agent Liam Scott has a problem: a leak deep within his own department. He needs the skills of a top-notch hacker to work on a highly sensitive project: to secretly break into the FBI servers and find out who the traitor is. But he can't use one of his own. He finds the perfect candidate in Allison. Only, there's one problem - she wants nothing to do with his job and turns him down flat.

What Liam doesn't know is that Allison is hiding secrets that she doesn't want the FBI to uncover. But Liam will do nearly anything to persuade her to join his team, even break a few rules if that's what it takes. A temptation that could put his job - and both of their futures - on the line...

What listeners say about Wired

Save your credit! Can't believe this is Garwood.

So, I have been reading/listening to Garwood for years and love her intricate plots and rich characters. This book has none of that...started out thinking maybe...quickly learned, not so much. The characters had no fire, no heat, little interest. The plot was all over the place. Very scattered and no focused storyline at all. What's her name (already forgot the leads name) was really smart in her work and really dumb and spineless in her personal life. And not very self aware. Liam, could have been a great male lead - but not very self aware and just not around enough in the book. Kind of in and out. Very flat ending....very little tension/suspense at all. Ugh. Save your credit.

I am a big fan of Julie Garwood, love all her books, 'Wired' was a very good book. Now that I'm finished with it, I want to read it again.

I have always loved Julie Garwood. This book didn't read like her. I found the dialogue and characters lacked interest and complexity. There was none of the humor and banter I associate with a Julie Garwood book. I wasted a credit.

I can’t take another minute of this

Was this book written by an idiot?
Allison is supposed to be a computer hacking genius but she doesn’t even protect her passwords from her college roommate, let alone say or do anything in this book to make her character believable. Socially and emotionally, she’s a moron and we’re supposed to feel for her because of her upbringing but she’s just too infuriating.
Liam is supposed to be a heart-throb but there’s practically no description to give me any reason to give a crap about him. Even the interaction between Liam and Allison gives zero reason for her to care about him (even considering she’s a social and emotional moron).
Charlotte is a harping nag who is supposed to be Allison’s rock that cares for her and raised her but their interaction feels like Charlotte doesn’t know Allison at all.
There are like 4 plots that are all so incredibly uninteresting, I can’t even say I’m curious how everything turns out.
This book really feels like it was written by an amateur, yet the other reviewers are saying how they love all of the authors other books so I just don’t get it.
This book is terrible.
The Narrator isn’t helping either. She pauses too long between every sentence, adds this funky breath-sound to the end of one-syllable words, does not understand conversational inflection whatsoever, and I can’t stand her “man” voice.

I am a Julie Garwood junkie! I have read all her books and Wired was a good story with great characters.

I'm not sure I've ever been disappointed with Julie Garwood's books. I've listened to this one more than once and enjoyed it both times. It has its suspense element, bad guys you love to hate, a little romance and a happy ending. What more can you ask for? I'd definitely recommend this one. Hope this helps.

The plot was good but characters lame

She was a talented hacker and started as a strong likable person but was so weak willed romantically that I quickly lost respect for her character. The hero was a complete control freak and a donkeys behind. Don’t waste your credits in this one.

Overuse of same descriptive phrases and truisms annoying and detracted from interesting story line. Main character too whiny and insecure to be believable.

Not what I expected from Julie Garwood

This read and sounded like it was written to fulfill a contractual obligation. It was flat and didn't have the same spark of previous books in this series.

I liked the beginning and was in the mood for romance. Story seemed a bit different with a computer geek and smart woman at the helm but it went downhill. She is stunning and sweet and vulnerable but wait she is also weak and needs the man to save her and we are back in the 1960s. He swoops down and saves the day and the girl. I wish the author had of turned the story into the opposite because that's real life. Woman saves man. Women are strong and don't need saving. Would have made a better story and certainly a clever version rather than old tired and old fashioned

I have only started, don't think I will finish. I went straight to the other comments to see if any one else had a problem too, in listening to the Australian accent...I can't go any further myself, it is literally hurting my teeth. Only 2 other people mentioned it, Im kind of scared that people actually think, that this is what we sound like.
For the book itself? I had to start over twice initially and that was before the horrid Liam sound came into it, so I guess it was not that interesting. Not like the usual Julie Garwood novels of the past.

Full of plots that go nowhere. 10 hours I will never get back. Don’t waste your time. I thought there may be a payoff if I stuck with it, but the resolutions were very disappointing.

Liam Scott is featured in Fast Track by Ms Julie Garwood the book is good.