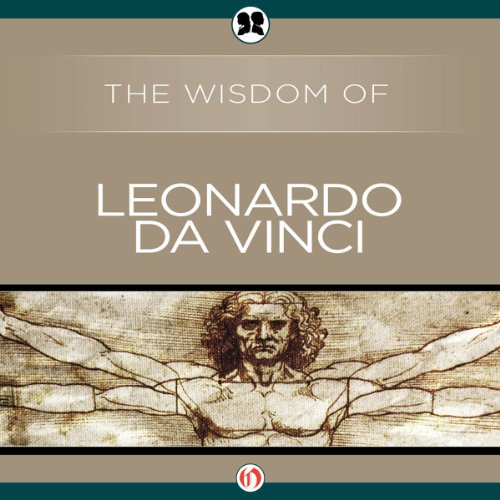 Leonardo da Vinci stood on a bridge between medieval thought and the modern mind. In this selection of entries from his dozens of coded notebooks and unpublished manuscripts, his unending curiosity in the universe and deep knowledge come through in his energetic style. The self-educated da Vinci developed a philosophical system that set him apart from his contemporaries and marked him as the oracle of a new age, and his vivid imagination and straightforward writing style capture the listener’s attention whether he is writing about his scientific analysis, his opinion of necromancy, discoveries in nature, or the nature of man. Accompanied by a thorough introduction, The Wisdom of Leonardo da Vinci unveils the man’s deepest thoughts and musings and proves why he remains an intriguing and enduring figure.

It's a bunch of readings from his journals. I mean interesting but just kind of bland.