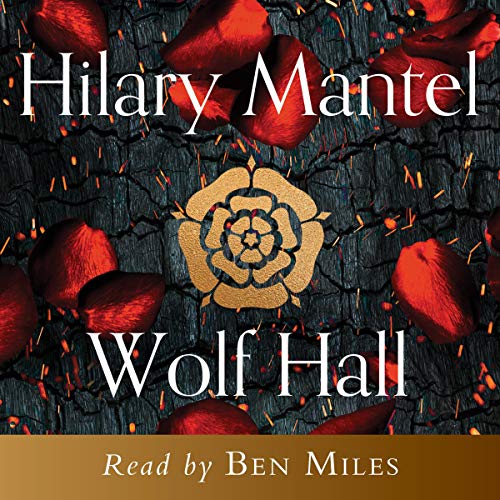 Winner of the Man Booker Prize.

Shortlisted for the Orange Prize.

Shortlisted for the Costa Novel Award.

England, the 1520s. Henry VIII is on the throne but has no heir. Cardinal Wolsey is his chief advisor, charged with securing the divorce the pope refuses to grant. Into this atmosphere of distrust and need comes Thomas Cromwell, first as Wolsey's clerk and later his successor.

Cromwell is a wholly original man: the son of a brutal blacksmith, a political genius, a briber, a charmer, a bully, a man with a delicate and deadly expertise in manipulating people and events.

Ruthless in pursuit of his own interests, he is as ambitious in his wider politics as he is for himself. His reforming agenda is carried out in the grip of a self-interested parliament and a king who fluctuates between romantic passions and murderous rages.

From one of our finest living writers, Wolf Hall is that very rare thing: a truly great English novel, one that explores the intersection of individual psychology and wider politics.

With a vast array of character and richly overflowing with incident, it peels back history to show us Tudor England as a half-made society, moulding itself with great passion and suffering and courage.

"Our most brilliant English writer." (Guardian)

What listeners say about Wolf Hall

Ben Miles is amazing for this book. He's got the perfect play for the prose, which I found pretty annoying to follow while reading. The story has life with Ben Miles narration.
If you want to read Wolf Hall, but just can't get to it, this is great version to have along.

Very long but loved it

Great story but too many saliva sounds

It’s a great snapshot into history, well written story. Ben Miles is a good narrator, my only criticism is that there are extra mouth sounds and saliva noises. As it’s a long book, this got quite irritating for me when listening to the book using my headphones as the sounds were more pronounced. The only way I finished the book was listening it on a portable speaker.

The best literary experience of my life to date, read or listened to. Extraordinary. I finished book 3 and went right back to the start of the trilogy

Dense, but so worth it

Although I had to relisten to some bits as the story telling is very padded, I loved it. I have tried about 6 times to read it and just couldn't connect with it which was really disappointing. Ben Miles' has completely brought 'Wolf Hall' to life for me.

It’s no disrespect to orevious narrators to commend Ben Miles. He has the benefit of narrating the complete series, with all the insight that brings to the character of Cromwell. I can well see though, why he was Hillary Mantel’s choice.

The loud smacking saliva sounds that Ben Miles can’t help making. I cringed everytime I heard them and couldn’t bear to listen to the book on my earphones. Other than that, it was a most enjoyable experience.

Very much enjoyed this. I thought that the narrator, Ben Miles did a very good job. It was more like listening to a play than a book. I would certainly recommend it.

Brilliant book, excellent performance. 5 out of 5 all the way. Already looking forward to the sequel. Ben Miles rendition adds to a classic.

Not a great fan of tudor history, but this had me gripped. Will be listening to the entire trilogy, unless I decide to read them instead!

Some will consider this blasphemous, however, I found this book to be dull. I’m not sure why it has such rave reviews? I read a lot of historical fiction and never before has a book presented the period as so tedious.

👆 Well researched, well written, well performed. Particularly the writers ability to describe speech and what the speaker thinks, often the opposite, simultaneously .

DITTO THIS-
After around 20 odd hours of listening I feel like I have no idea what actually happened in this book, most of the characters I only vaguely know and much of this left me bored. I felt like I was having to do a lot of mental gymnastics to keep up and to stay focused enough on the story to understand the context of half the character interactions.

I personally don't particularly see the appeal to this book that has attracted so many others. I had to listen to everything on 2.3 speed just so I could finish it and get it over with.

The detail and characterisation in Mantel’s writing gives a vivid picture of the politics and personalities during Henry VIII’s reign. Ben Miles’ narration is absolutely marvellous and enhances her writing. His diction and expression brings the book to life, with suitable accents for different characters, and emphasis in just the right spots to make the whole story flow in a fluent and engaging way.

Performed beautifully
I was engaged from the start and absolutely recommend this, a different perspective on Cromwell