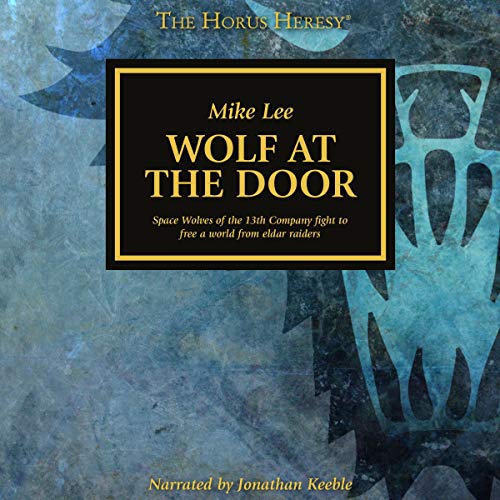 Wolf at the Door

The Space Wolves of the VIth Legion are among the most fierce and dedicated of the Legiones Astartes, bringing the Emperor's wrath against the many enemies of mankind.

As part of the 954th Expedition, Wolf Lord Bulveye's warriors of the 13th Company come across a world previously shrouded by warp storms and cut off from the rest of the Imperium - when it becomes apparent that the human population is being raided by mysterious xenos known as 'the Harrowers', the Space Wolves are duty-bound to intervene.

I wish my marines lasted as long on the tabletop as they do in this story. I really enjoyed the story and Jonathan Keeble is The Voice of the Heresy to me. He could make reading the phone book interesting and engrossing to listen to.

A Good Summary of the XI Legion

This is likely my favorite Black Library short story so far, and I'm so glad that users on Reddit suggested it.

All you need to know about the Space Wolves Legion is here; fierce fighters, staunch allies, but loyalty to the Emperor above all else.

Amazing book with an amazing performance. It has great characters that have you really gripping the edge of your seat as they go through their lift and death struggles. As always, Jonathan Keeble is an amazing reader and performer, breathing unique life into each voice.

pretty good and totally worth the listen.
short and sweet. a great addition to the heresy.

The adventures of Bullveye continue! A little slow, but a great story of might makes right...or does it?