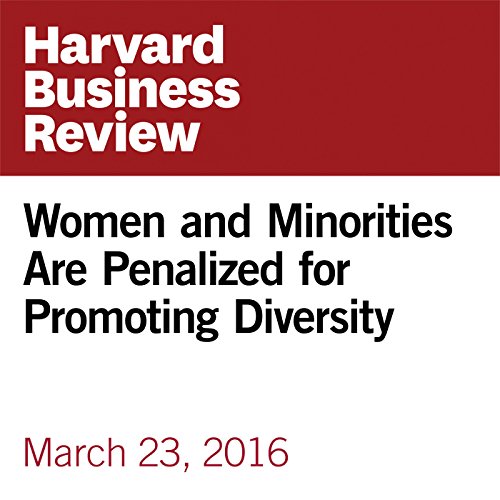 Roughly 85% of corporate executives and board members are white men. This number hasn’t budged for decades, which suggests that white men are continuing to select and promote other white men. It is well known that people tend to favor and promote those who are similar to them - and that this in-group bias is problematic because it reinforces stereotypes and inequality. However, while it is a common tendency, not everyone is allowed to advocate for their own group. Sometimes when women and minorities promote their own group, it garners criticism from others.

"Women and Minorities Are Penalized for Promoting Diversity" is from hbr.org, published on March 23, 2016