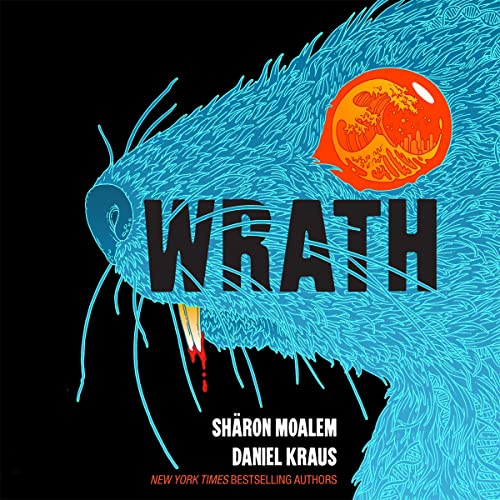 In a future much nearer than you think, where scientific experimentation is exploited for commercial profit, unwisely under-supervised cutting-edge technology creates a menace that threatens the very fabric of human existence.

Wrath is the story of a lab rat instilled with human genes whose supersized intelligence helps him to engineer his escape into the world outside the lab: a world vastly ill-equipped to deal with the menace he represents. Modified through advances that have boosted his awareness of humankind’s cruelty in the name of science, and endowed with a rat’s natural proclivity to procreate regularly, Sammy has the potential to sire a rodent army capable of viciously overwhelming the human race.

What listeners say about Wrath

This horror techno thriller strongly invokes a mixture of Michael Crichton and Stephen King in my opinion and was an excellent read. A company called Edited Pets is working on it's next big project, Sammy's. Sammy's are genetically altered pets that have been mixed with Human Intelligence DNA to make them smarter and able to communicate with their owner's. However one particular Sammy is more intelligent than the rest and he does not like what he's seeing being done in the labs where he was created.

Sammy eventually escapes with the help of a disabled boy named Dallas who is excited to have a new best friend, a rat he can talk to. Thing's spiral and the only thing that will be able to stop Sammy from starting a catastrophe of apocalyptical and biblical proportions is his friend Dallas.

The characters are all well done and relatable. There's a lot of charm and humor here but there is also a lot of gore and thrills. I really enjoyed it and recommend it for those looking for a great creature horror or fun techno thriller.

T. Ryder Smith nailed the narration in my opinion. Some people won't like his voices for Sammy and Dallas but I thought they were great.