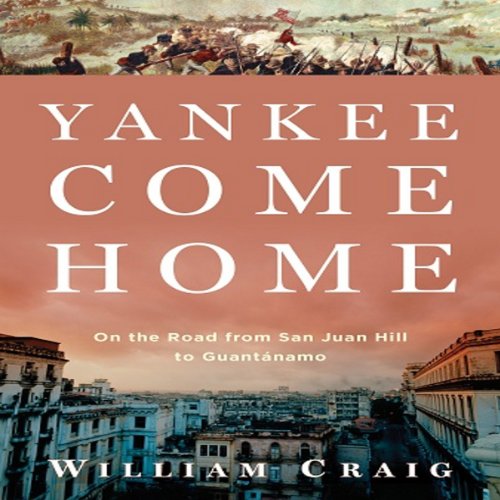 Yankee Come Home explores one family's history in Cuba, and through it, the intense, complex, smoldering relationship between the island nation and its leviathan neighbor. In Cuba's most entrancing, storied landscape, William Craig is searching for a history that his family has lost - and now needs to recover. He's looking for the truth about his mysterious great-grandfather, Thomas O'Brien, a self-proclaimed hero of the "splendid little war" who left a legacy of glorious, painful lies. Living a dream that haunts American hearts-the dream of escaping the past, of becoming who we say we are - "Papa" died leaving his own children wondering who he'd really been.

Along the way, Craig searches for the place where Gilded Age America abandoned republican ideals in favor of imperial ambition - and where his own generation of Americans now preside over arbitrary imprisonment and systematized torture. "I needed to see Guantnamo the way some Americans needed to drive through the night to kneel at JFK's coffin, and others are drawn to Ground Zero," he writes. "Sometimes, we don't know what we've lost until we trace the scars." Traveling with Craig, listeners will join in present-day adventures: spirit-possession rituals, black market odysseys, roots-music epiphanies, and discovering the continuing impact of the war in 1898 on both Cuba and America.

The story of the United States in Cuba is fascinating, but none too flattering. Like the reality of "Papa" O'Brien's identity, it reflects more hubris than heroism, more avarice than sacrifice. In the end, however, Craig's journey in Yankee Come Home is a transformation from disillusionment to redemption.