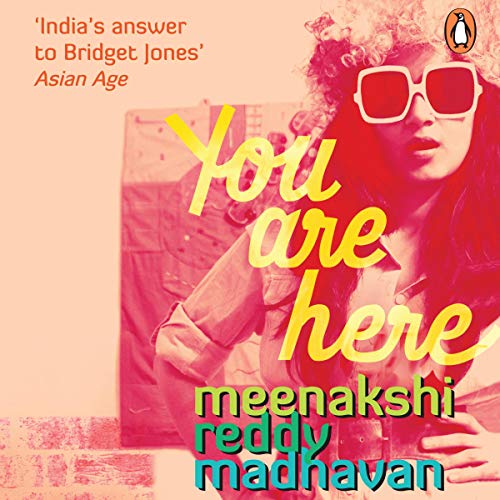 At 25, life's innumerable entanglements are getting to Arshi. Her blonde American step-mom's trying too hard (she's taken to welcoming guests with a traditional aarti). The gorgeous guy who has Arshi all flushed and dreamy doesn't seem to be trying at all (he's the Ice Prince who thaws at his own convenience). Her best friend Deeksha's going to be married in a few months (Arshi's still in the process of finding the correct labels for the men in her life). And, her otherwise unruffled, cocktail-concocting flatmate Topsy's getting testier by the day because her conservative family will never approve of the darling guy she's in love with.

What's more, there's a cheating ex-boyfriend, a weepy neighbour, and a heinous boss who need to be told where to get off.

Her head spinning wildly with the sheer gravity of her life's quandaries, Arshi realizes what she needs most now (besides a barrelful of alcohol and some serious post coital cuddling) are just a few epiphanies of the right kind. When it first came out in 2008, You Are Here was a game changer: unexpectedly candid, surprisingly wise, audaciously explicit. Now, 10 years and five books later, it has never been out of print, and this anniversary edition is a reminder of how much, and how little, has changed in the life of a single woman in India.

What listeners say about You Are Here