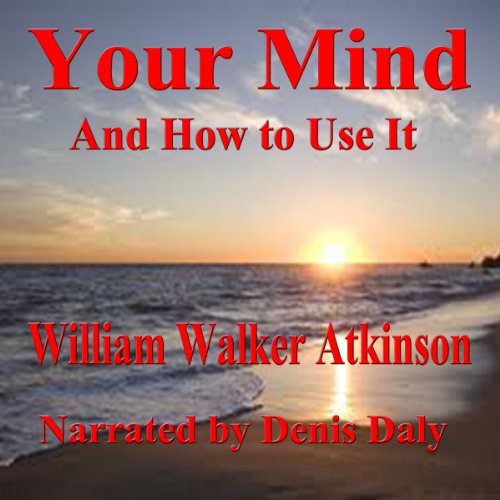 Your Mind and How to Use It

In recent times the philosophy and practices promoted by the New Thought movement have attracted much attention through the burgeoning of the self-help industry and films such as The Secret. Among New Thought authors, William Walker Atkinson was not only one of the most eminent, but also one of the most prolific.

Using a number of pseudonyms, he wrote extensively on a wide range of subjects, including yoga, religious history, reincarnation, and, in particular, training of the mind. Although they have been criticized for their lack of academic rigour, his works have enjoyed enduring popularity due to the power of the concepts the author presents, as well as his succinct style of writing. One of his most notable works is the mental training manual, Your Mind and How to Use It, first published in 1911. A new recording of a self-help classic, narrated by Denis Daly.

Loved it! Very informational on how the mind can be utilized to its full potential - once you begin to become competent of certain principles.

Boring explication of the obvious.

Between the monotonic voice of the narrator and the utter lack of anything at all interesting in the content, listening to this book was very much like listening to fingernails scraping across a blackboard. When I wasn't dozing off I found myself getting angry waiting for something...anything...to capture my interest.