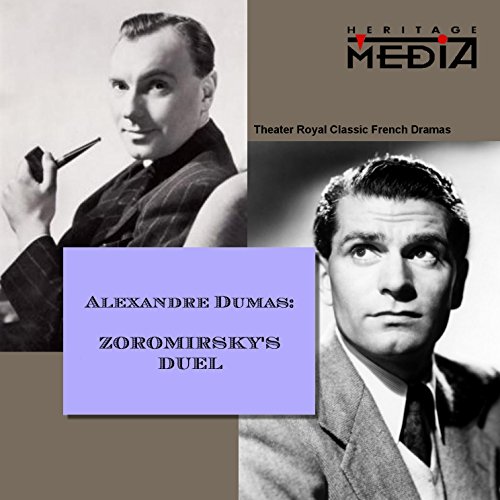 Set in 1825, Alexandre Dumas' short story, Zoromirski's Duel, tells of a group of Russian officers after the Napoleonic Wars. Laurence Olivier plays Captain Zoromirski, "a little on the impulsive side and quick to pick a quarrel". He is engaged to the beautiful Marianna Ravensky, but she has other admirers.

This is one of the episodes of "Theater Royal", the only radio series in which Olivier starred and was first broadcast in 1952.