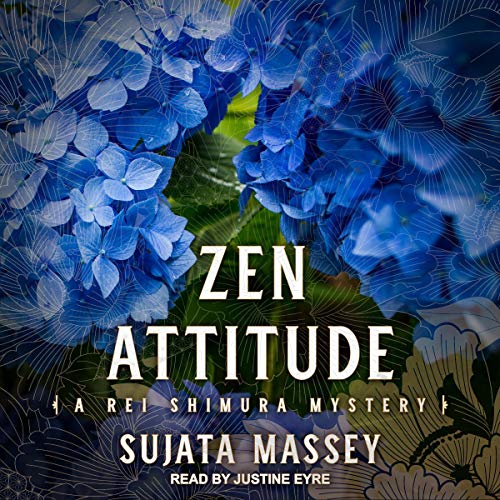 Life in modern Tokyo is a blast for Rei Shimura, a young Japanese-American woman who enjoys busy days as an antiques dealer and steamy nights with a devoted new boyfriend. But things come to a standstill when Rei overpays for a rare old chest of drawers for a wealthy client, the owner of a famous Zen temple in Kamakura. The exquisite tansu turns out to be a fake: the worst deal Rei has ever made. When the temple family turns on Rei - and the con man who sold the tansu is murdered - she realizes she's opened a Pandora's box of deception and murder. A young martial artist, an aspiring rock singer, and an elderly antiques mentor all become part of Rei's search for the killer through the shadows of an ancient culture. As her world begins to rapidly and inexplicably unravel, Rei realizes that it will take strength, wit, and a Zen attitude to survive.

What listeners say about Zen Attitude

Four and a half stars

This is a fun and entertaining series. The ending was a bit unexpected I like Rei and Hugh and can't wait to see what happens in the next book.

Interesting series -- why no more audiobooks?

This was an enjoyable entry in the series; the sequence of events is farfetched, as in the first book in the series, but nevertheless entertaining. Rei Shimura is an engaging character.

The narrator is absolutely excellent and does a great job distinguishing characters with her voice alone.

I was all set to order up the next several entries as audiobooks, only to find that none are available until Book 8. Why not? I ordered a used paperback of book 3 but prefer to listen while accomplishing other tasks.