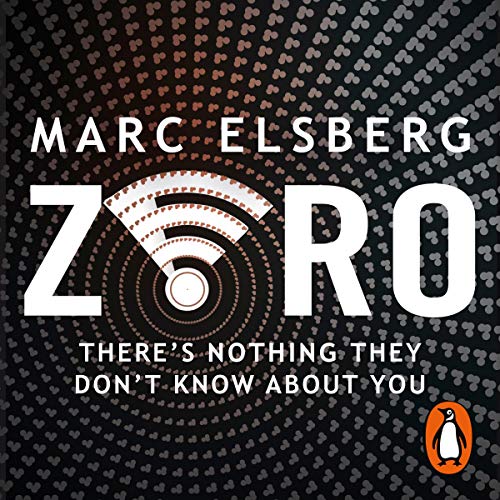 The gripping best-selling global thriller for fans of Dave Eggers' The Circle and Black Mirror.

Welcome to the Freemee lifestyle app:

They can give you confidence, power, fame and all the friends in the world.

But what will they take in return?

When a teenager is shot dead after chasing a criminal in the street, investigating journalist Cynthia Bonsant is led to the popular social media platform Freemee, a competitor to Facebook whose lifestyle app claims to give you everything you need to succeed in life.

But there is someone who warns against its evils: Zero, the world’s most wanted activist, known for exposing the toxic truths behind social media giants and their pursuit of total control.

As Cynthia gets closer to unravelling the evil mastermind behind the Freemee site, she herself becomes a target. But in this world of hidden cameras, data glasses and hypersmart phones there is nowhere to hide....

What listeners say about Zero

Excellently read, but lost me at times

Read very well. Especially loved the Zero voice.
Story line lost me at times but overall I enjoyed it.

This story is so close to reality it's frightening. Brilliant! Well narrated and flows smoothly. It's a completely believable story of how easily we can/are being drawn into living too much of our lives online, or allowing ourselves to become digitally managed. The public chase through Manhattan was totally believable and an abject exercise in showing how easily a victim can become demonised by huge public audiences. I'm a cynic when it comes to conspiracy theories but this is an all too familiar scenario and this book should be required reading in schools as a method of vigilance against allowing such situations to become probable instead of just possible.