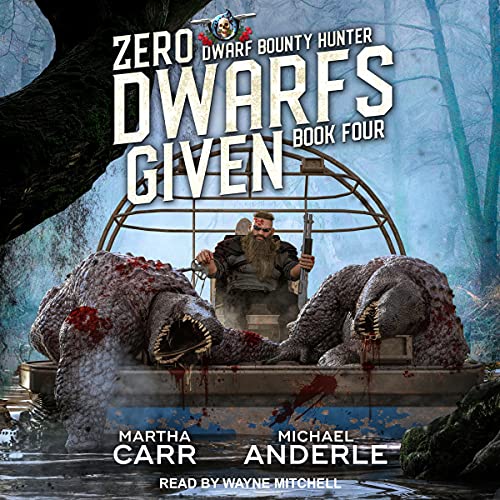 Johnny Walker figured out who killed his daughter 15 years ago. The hard part will be bringing the monster to justice.

Bounty Hunter style with his hound dogs by his side.

But the assignments for the Level 6 bounty hunter keep pulling him away. The Feds want him to help a politician who got caught in the wrong places. A dark magical is using the naughty info against him.

It's a sensitive case that will take some finesse. They're asking Johnny anyway.

Still, the old cold case draws him in closer. After all, family comes first.

He's gonna find out this killer doesn't run. The Red Boar is recruiting Johnny's old bounties to take the Dwarf down.

The Bounty Hunter has a trap of his own. He's reviving his old reality show and stepping in front of the cameras. Will it work and finally bring him the peace he's wanted for so many years? Either way, he won't let his daughter's killer get away again.

What listeners say about Zero Dwarfs Given