510 titles
See all in Sea Adventures 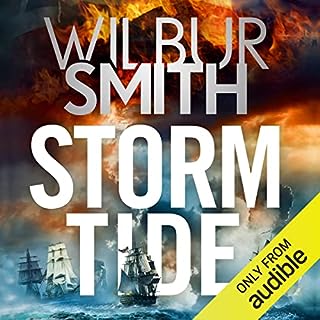 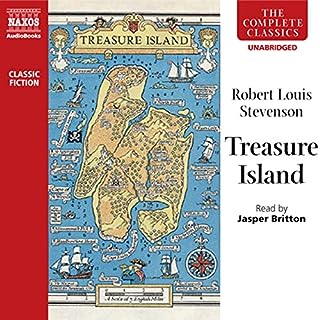 Treasure Island must be the most enthralling adventure book ever written.... 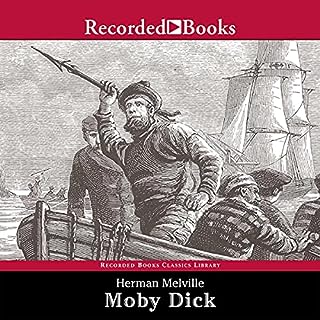 Its famous opening line, "Call me Ishmael", dramatic in its stark simplicity, begins an epic that is widely regarded as the greatest novel ever written by an American.... 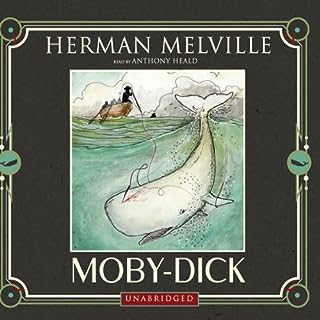 The outcast youth Ishmael, succumbing to wanderlust during a dreary New England autumn, signs up for passage aboard a whaling ship.... 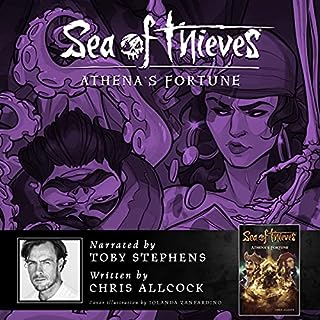 Long ago, at the height of the Golden Age of Piracy, the infamous pirate Ramsey and his shipmates sacrificed everything to embark on an impossible journey into the Sea of Thieves.... 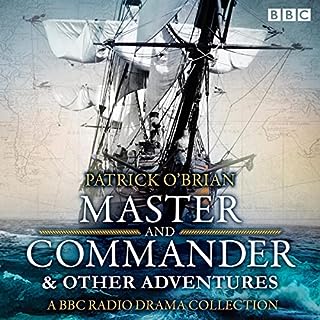 Treasure Island must be the most enthralling adventure book ever written....

Its famous opening line, "Call me Ishmael", dramatic in its stark simplicity, begins an epic that is widely regarded as the greatest novel ever written by an American....

The outcast youth Ishmael, succumbing to wanderlust during a dreary New England autumn, signs up for passage aboard a whaling ship....

Long ago, at the height of the Golden Age of Piracy, the infamous pirate Ramsey and his shipmates sacrificed everything to embark on an impossible journey into the Sea of Thieves....

Inspired by true events, The Lamplighters is the story of three men who vanish from a remote lighthouse. Twenty years later, the mystery of their disappearance still haunts the heartbroken women left behind....

From atop the choppy waves to the choking darkness of the abyss, the seas are full of mystery and rife with tales of inexplicable events and encounters with the unknown....

For a moment Wilson froze and looked at the white-helmeted pilot who sat high on the nose of the colossal fighter....

Everyone loves adventure, and Otto Penzler has collected the best adventure stories of all time into one mammoth volume....

The Big Book of Adventure Stories

The Malabar coast is full of dangers: greedy tradesmen, fearless pirates, and men full of vengeance. But for a Courtney, the greatest danger might just be his own family....

Random House presents the audiobook edition of The Mermaid and Mrs Hancock by Imogen Hermes Gowar, read by Juliet Stevenson....

The Mermaid and Mrs Hancock

Bennett Sharp is on the run. Wanted for piracy, she fears neither God nor death nor man. Except Priest Farrell....

1617. The sea around the remote Norwegian island of Vardø is thrown into a vicious storm. A young woman, Maren, watches as the men of the island, out fishing, perish in an instant....

The Extravaganza of the Seas is a 5,000 ton cash cow, a top-heavy tub whose sole function is to carry gamblers three miles from the Florida coast....

It was the end of World War II. America's sense of freedom was diminishing - and many were desperate to take that freedom back....

Nathaniel Bainbridge is used to hiding, whether it's concealing his struggles with reading or his forbidden desire for men. Under the thumb of his controlling father, the governor of Primrose Isle, he's sailing to the fledging colony, where he'll surrender to a respectable marriage....

Kidnapped by the Pirate

A splash of the sea and the salt in the ocean air signals the beginning of the greatest whaling adventure of all time. This is literature's great voyage...

Having inspired a classic film and Broadway play, The Caine Mutiny is Herman Wouk's boldly dramatic, brilliantly entertaining novel of life—and mutiny—on a Navy warship in the Pacific theater....

Having outwitted a band of pirates to obtain a map disclosing the whereabouts of Captain Flint's treasure, Young Jim sets sail for Treasure Island....

While scuba diving in Tanzania, Sam and Remi Fargo come upon a relic belonging to a long-lost Confederate ship. An anomaly about the relic sets them off chasing a mystery....

Juan Cabrillo and the crew of the Oregon are on the case again, with another high-stakes high-seas mission packed with intrigue and exhilarating suspense....

I met him, the man of my dreams. On the worst day of my life. Catching my boyfriend out was bad. Coming out of the club in a daze, I stumbled upon a situation which was worse. Much worse. And it would have been deadly, too. If he wasn’t there to save me....

1896: Four Englishmen flee for their lives across the merciless Kalahari Desert, carrying a stolen fortune in raw diamonds, and hunted by a fierce African tribe....

In A.D. 327, a Roman galley with an extraordinary cargo barely escapes a pirate attack....

Bengtsson's hero, Red Orm-canny - courageous and above all lucky - is only a boy when he is abducted from his Danish home by the Vikings....

On Stranger Tides follows the exploits of John Chandagnac, who travels to the new world after the death of his puppeteer father to confront his uncle, who has apparently made off with the family fortune....

Mr Lloyd has decided to travel to the island by boat without engine - the authentic experience.... 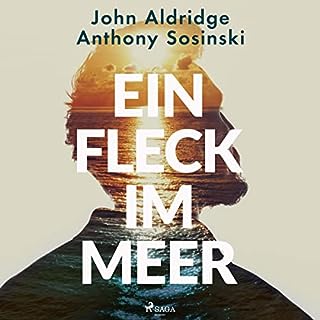 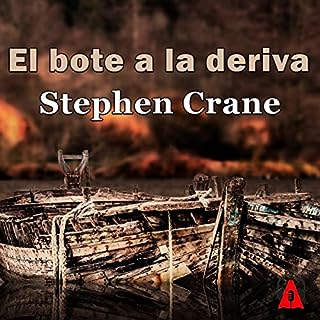 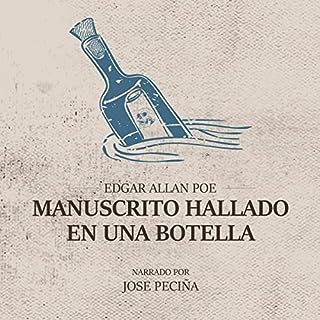 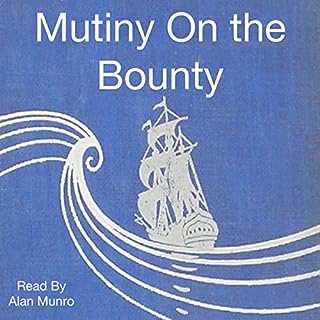 Based on the famous mutiny against Lieutenant William Bligh, commanding officer of the Bounty in 1789.  It has been made into several films and a musical.

Mutiny on the Bounty 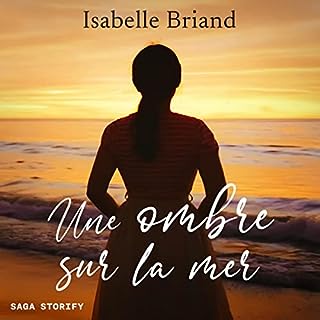 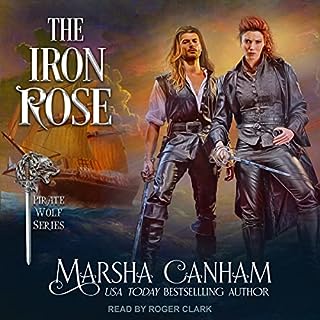 Bound for the Caribbean on a mission for the king, Varian St. Clare's ship is attacked by a Spanish galleon. When a pirate ship, the Iron Rose, comes to their rescue, cannons blazing, the emissary is surprised to learn the captain is a woman, Juliet Dante, daughter of the infamous Pirate Wolf.

Based on the famous mutiny against Lieutenant William Bligh, commanding officer of the Bounty in 1789.  It has been made into several films and a musical.

Mutiny on the Bounty

Bound for the Caribbean on a mission for the king, Varian St. Clare's ship is attacked by a Spanish galleon. When a pirate ship, the Iron Rose, comes to their rescue, cannons blazing, the emissary is surprised to learn the captain is a woman, Juliet Dante, daughter of the infamous Pirate Wolf.

Favian Markham is a rising young American officer during the War of 1812. As commander of the small, slow brig Experiment, he must break the British blockade and take his outgunned vessel on a daring raid into the Narrow Seas of England. On his desperate journey he faces duels, rivalries, ambitious politicians, yardarm-to-yardarm combat, and the deadly beauty of a foreign courtesan. Yet his greatest battle is not with the enemy, but with his own divided nature….

Punk’s War reveals the inner workings of the US Navy as only an insider can. An authentic and riveting thriller, it is a highly acclaimed novel of a fighter pilot’s experience in the era just before 9/11. As the US military enters another postconflict period, the themes of leadership during crisis and accomplishing the mission make Punk’s War more relevant than ever.

The hauntingly atmospheric English-language debut from the acclaimed Welsh author: a love story between a young Welsh woman and a Syrian mapmaker, rich with magic, mystery and the wonder of the sea. Nefyn has always been an enigma, even to her brother, Joseph, with whom she lives in a small cottage above a blustery cove. Hamza is a Syrian mapmaker, incarcerated in a military base a few miles up the coast. A violent storm will bring these two lost souls together—but other forces will soon try to tear them apart.

1774: Rob Courtney is growing up in Fort Auspice, Nativity Bay, a trading outpost on the east coast of Africa, and has always dreamed of going to sea. When his grandfather Jim Courtney dies and the mysterious Captain Marston calls into the fort, Rob's passion is ignited, and he stows away on Marston's ship as it sails to England. Arriving in London, Rob is seduced by its charms and makes friends with a group of fast-living men and ends up in terrible debt.

A decrepit warship is becalmed halfway to Australia, stilled in an ocean wilderness of heat and sea mists. In this surreal, fête-like atmosphere, a ball is held with a passing ship: the passengers dance and flirt, while beneath them seaweed like green hair spreads ominously over the hull. Half-mad with fear, drink, love and opium, both vessel and passengers feel themselves going to pieces, and the very planks seem to twist themselves alive as the ship comes apart at the seams.

Edmund Talbot is sailing to Australia in the early 19th century. In his journal, he records mounting tensions aboard the ancient, stinking warship, as officers, sailors, soldiers and emigrants jostle in the cramped darkness below decks. But when something happens to Reverend Colley that brings him into a 'hell of self-degradation', it seems that shame is a force deadlier than the sea itself....

As captain of a destroyer in the US Navy, Merrill Kendrick plays a crucial and dangerous role in protecting the convoys that are essential to Britain’s survival in the Second World War. Despite pressure from his father to join the family company, a supplier of military radios, Kendrick chose to fight on the front lines of the war, a decision he’s never regretted. But when technical issues with his family’s Gatekeeper radios lead to devastating consequences in combat in the Atlantic, Kendrick needs answers.

Nella Braddy (1894-1973), a pioneer among female editors, compiled this seven-story collection and published Masterpieces of Adventure: Tales of the Sea and Sky in 1921. It features seven authors: Frank Norris, W. Clark Russell, Major General E.D. Swinton, Donn Byrne, Henryk Sienkiewicz, Guy de Maupassant, and Edgar Allan Poe. A century since publication, we can perhaps have a new appreciation for tales of the sea (on ships both wrecked and abandoned, in lighthouses and with ferocious currents) and the sky (with warfare in dirigibles and using balloons).

The year is 1950, and a great tragedy has struck the town of Crowford. Three local men have been killed in a storm, after their fishing boat the Mercy Belle sank. A mysterious fourth man, however, was rescued. Nobody knows who he is, or what he was doing on the Mercy Belle...and the man has lost his memory.

The Revenge of the Mercy Belle

Dr. Hugh Meyer believed he had created the ultimate miracle. Using the DNA of ancient creatures preserved in the Arctic, he had genetically engineered one of the most remarkable species of sea creature to ever exist: the Serpent Eel. Believed to possess the cure for countless diseases, the creature holds great promise for the medical community. All goes awry when the beast escapes containment. With a rapid growth rate and remarkable physical evolution, the beast travels to the coastal town of Spiral Bay. There, the creature designed to save human life instead starts taking it.