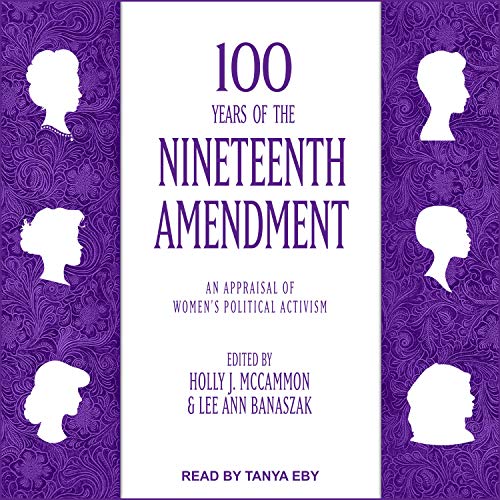 100 Years of the Nineteenth Amendment

The year 2020 will mark the 100th anniversary of the Nineteenth Amendment, which gave many women in the United States the right to vote. The struggle for suffrage lasted over six decades and involved more than a million women; yet, even at the moment of the amendment's enactment, women's activists disagreed heartily over how much had been achieved, whether it was necessary for women to continue organizing for political rights, and what those political rights would bring.

Looking forward to the 100-year anniversary of the passage of the Nineteenth Amendment, this collection of original essays takes a long view of the past century of women's political engagement to gauge how much women have achieved in the political arena. The volume looks back at the decades since women won the right to vote to analyze the changes, developments, and even continuities in women's roles in the broad political sphere. Ultimately, the audiobook asks two important questions about the last 100 years of women's suffrage: 1) How did the Nineteenth Amendment alter the American political system? and 2) How has women's engagement in politics changed over the last 100 years?