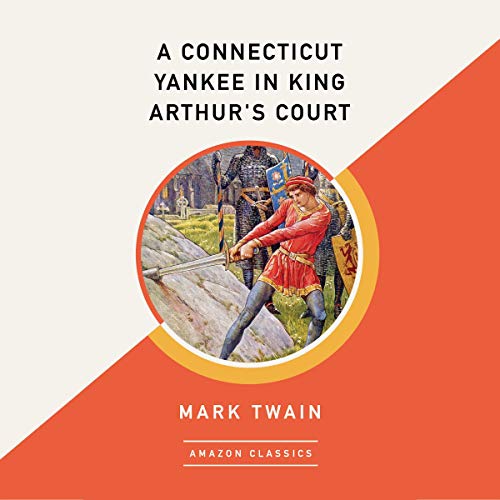 After Hank Morgan of Hartford, Connecticut, takes a blow to the head, he inexplicably awakens in sixth-century Camelot. At first lost and confused, the time traveler soon realizes that he can use modern knowledge and his ability to foretell the future to his advantage. Consequently, he is granted a place in the king’s court as Arthur’s right-hand man. When the Catholic Church grows fearful of his power, the Connecticut Yankee aims higher and concocts a grandiose plan to bring American ideals to sixth-century England to change the future.

In his imaginative comedy, Mark Twain infuses the eternal story of King Arthur with wit and satirizes past social hierarchies as well as nineteenth-century meritocracy.

AmazonClassics brings you timeless works from the masters of storytelling. Ideal for anyone who wants to read a great work for the first time or rediscover an old favorite, these new editions open the door to literature’s most unforgettable characters and beloved worlds.

I listened to this book with Kindle Unlimited with narration. I suppose it was a little slow to start. But when I really got into it, there were multiple parts that made me laugh out loud! A satire worth reading.