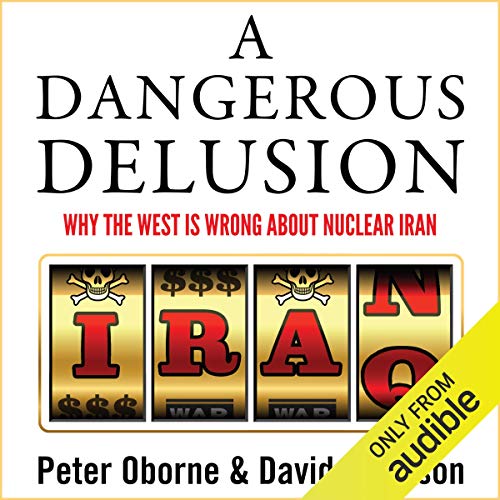 In 2014 it is possible that Israel, backed by the United States, will launch an attack on Iran. This would be a catastrophic event, risking war, bloodshed, and global economic collapse.

In this passionate, but rationally argued essay, the author's attempt to avert a potential global catastrophe by showing that the grounds for war do not exist, that there are no Iranian nuclear weapons, and that Iran would happily come to a table and strike a deal. They argue that the military threats aimed by the West against Iran contravene international law, and argue that Iran is a civilised country and legitimate power across the Middle East.

For years Peter Oborne and David Morrison have, in their respective fields, examined the actions of our political classes and found them wanting. Now they have joined forces to make a powerful case against military action. In the wake of the Iraq war, will the politicians listen?

Peter Oborne is the chief political commentator of the Daily Telegraph, and a reporter for Channel 4's Dispatches and Unreported World. He has written a number of books and pamphlets that try to identify the power structures which lurk behind political discourse, including The Triumph of the Political Class. He is a regular on BBC programmes Any Questions and Question Time and often presents Week in Westminster. David Morrison has written many articles and two highly regarded pamphlets - Iraq: Lies, Half-Truths & Omissions and Iraq: How Regime Change Was Dressed Up as Disarmament - on the deception perpetrated by the British government to induce the British public to support military action against Iraq.

"This is a brave book that will be attacked. One hopes, though, that it will open up a more intelligent debate about Iran. We need that urgently if we are to avoid another catastrophe in the Middle East." (Norman Lamont, New Statesman)
"This is a small book, but written with Peter Oborne's characteristic brutal clarity, it roars like the proverbial mouse. Co-written with David Morrison, it sets about destroying a series of myths and distortions that have enabled Western and other policymakers to depict Iran as a major nuclear threat, suggests that any military action against Iran would be unjustified, and argues that the current sanctions that are crippling Iran are illegitimate." (Michael Axworthy, Daily Telegraph)

What listeners say about A Dangerous Delusion