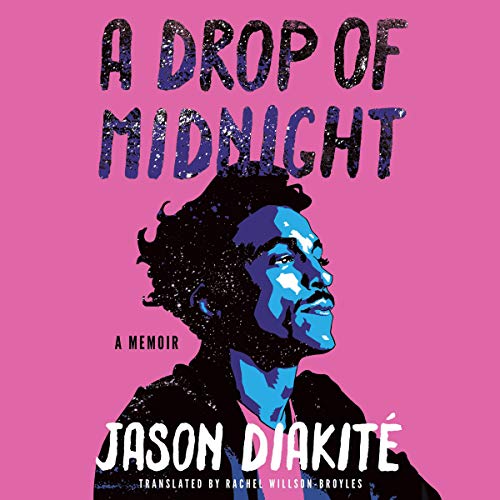 A Drop of Midnight

World-renowned hip-hop artist Jason “Timbuktu” Diakité’s vivid and intimate journey through his own and his family’s history - from South Carolina slavery to twenty-first-century Sweden.

Born to interracial American parents in Sweden, Jason Diakité grew up between worlds - part Swedish, American, black, white, Cherokee, Slovak, and German, riding a delicate cultural and racial divide. It was a no-man’s-land that left him in constant search of self. Even after his hip-hop career took off, Jason fought to unify a complex system of family roots that branched across continents, ethnicities, classes, colors, and eras to find a sense of belonging.

In A Drop of Midnight, Jason draws on conversations with his parents, personal experiences, long-lost letters, and pilgrimages to South Carolina and New York to paint a vivid picture of race, discrimination, family, and ambition. His ancestors’ origins as slaves in the antebellum South, his parents’ struggles as an interracial couple, and his own world-expanding connection to hip-hop helped him fashion a strong black identity in Sweden.

What unfolds in Jason’s remarkable voyage of discovery is a complex and unflinching look at not only his own history but also that of generations affected by the trauma of the African diaspora, then and now.

“This touching exploration of race and heritage is incisive, heartbreaking, and heartwarming.” (Library Journal)

“Diakité smooths out the conflicting complications of his heritage and upbringing to create a positive form of complexity.” (Booklist)

What listeners say about A Drop of Midnight

This was biting and so personal and I was completely drawn into Jason's "Timbuktu" life story. His prose and storytelling were riveting and compelling. I couldn't get over how much American history I learned from this multicultural, multi-talented, Swedish-American as he struggled with his racial identity, his parents, and his father's genealogy.

Your book is healing, beautifully honest, brave and your love shines through it all. really great!

Not often do I find myself so in tuned with an author that I convert from the book to the voice. I read and felt as if I, as a son of a Black man and White woman, that my thoughts, doubts, desires, corrections, and innermost dialogue matches Jason’s. Converting to audio let me hear his voice, telling a story from a perspective that matched but was an outsiders opinion. A son of the US, but a child of Sweden, Jason brings an understanding of past, a reality of present, and a message of the future. My son and daughter will too only have a Drop of Midnight, but this book will be a required reading so they understand where we came from, who we are in 2020, and they can use it to reflect on how their 2030-2040s have taken steps forward. MUST READ.

So sad to finish this moving, intimate book!

Like many people, I knew Jason Diakite's music long before I knew his story. As Timbuktu, he writes and raps (mostly) in Swedish, so as a Swedish language student, I listen to him for inspiration, insight, and great beats. ;)

This book is so well-written - accessibly poetic - just like his lyrics, but what's remarkable is his openness about this personal journey and his family relationships. It's also fun to read about his young adult obsession with hip-hop culture and the opening of his mind to both African American history and the twists and turns of the US's persistent racism, which happened around the same time for me here in America.

Most of the historical information won't be new to American readers; it is so important, though to hear it again from the author's retelling, and it adds much to the story's strength. But Diakite's unique perspective on race on a super-personal level, and his vulnerability, emphasized even more by his voice in this performance, makes this so special. I own the book in hardback form, but I'm so glad that my first "reading" came through my ears, as Timbuktu has for the past few years.

I feel like I've made a new old friend, a friend who has evolved as a person right before our eyes in this text, and I can't wait to see what he does next.

I appreciate the depth of research, Cate personal transformation of the author for me. Thanks.

The narration was excellent. It was wonderful to hear the story first hand from Jason. The constant foul language was unnecessary. I feel you were trying to be real about how everyone talks but it was a turn off. I am glad I finished it though.

Audible put this book in my que to further their left wing propaganda. I did not appreciate the effort.

My biases have been shattered

As a white guy growing up in England and Sweden, I believed that all people were treated equally in society and that everyone can have good lives. this book, showing me the pain, shame and hopelessness carried in some of the African American communities in the United States, and the prejudice faced by black people in Europe has shattered my world view. This book is a pure masterpiece, as it serves as part social commentary, part autobiography, blending the two elements perfectly in one book. I will reccomend this to everyone.