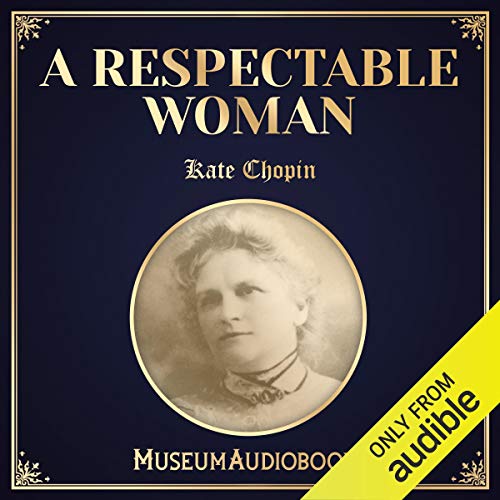 Kate Chopin was an American novelist and short-story writer from St. Louis, Missouri. Chopin is well-known for her romantic and witty tales set in the American South and is significant as one of the first major female figures in literature from that area.

"A Respectable Woman", first published in Vogue in 1894, is quintessential Chopin and shows us the full extent of her skill as a short-story writer. The story centers around Mrs. Baroda, who, somewhat reluctantly, is playing the gracious host to her husband’s surprise guest, Gouvernail, an old friend of her husband’s from college. The story delves into Mrs. Baroda’s psychology as she struggles with her desires versus her self-made image and self-opinion.

What listeners say about A Respectable Woman