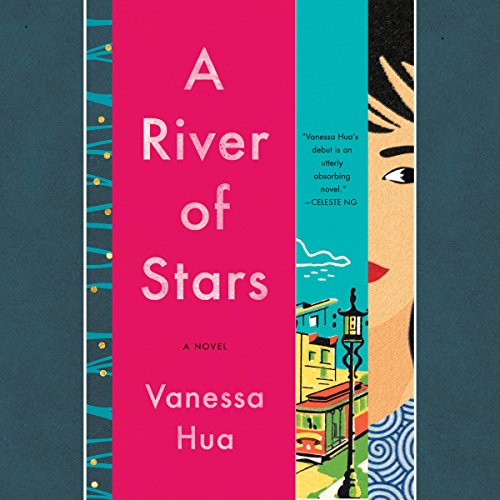 In a powerful debut about modern-day motherhood, immigration, and identity, a pregnant Chinese woman stakes a claim to the American dream in California.

“A marvel of a first novel.” (O: The Oprah Magazine)

“The most eye-opening literary adventure of the year.” (Entertainment Weekly)

Named one of the best books of the year by:
The Washington Post
NPR
Real Simple

Holed up with other mothers-to-be in a secret maternity home in Los Angeles, Scarlett Chen is far from her native China, where she worked in a factory and fell in love with the married owner, Boss Yeung. Now she’s carrying his baby. To ensure that his child - his first son - has every advantage, Boss Yeung has shipped Scarlett off to give birth on American soil. As Scarlett awaits the baby’s arrival, she spars with her imperious housemates. The only one who fits in even less is Daisy, a spirited pregnant teenager who is being kept apart from her American boyfriend.

Then a new sonogram of Scarlett’s baby reveals the unexpected. Panicked, she goes on the run by hijacking a van - only to discover that she has a stowaway: Daisy, who intends to track down the father of her child. The two flee to San Francisco’s bustling Chinatown, where Scarlett will join countless immigrants desperately trying to seize their piece of the American dream. What Scarlett doesn’t know is that her baby’s father is not far behind her.

A River of Stars is a vivid examination of home and belonging and a moving portrayal of a woman determined to build her own future.

Praise for A River of Stars:

“A River of Stars is the best of all worlds: part buddy cop adventure, part coming-of-age story and part ode to female friendship.” (NPR)

“Hua’s epic A River of Stars follows a pair of pregnant Chinese immigrant women - two of the more vibrant characters I’ve come across in a while - on the lam from Los Angeles to San Francisco’s Chinatown.” (R. O. Kwon, author of The Incendiaries, in Esquire)

“A delightful novel of motherhood and Chinese immigration.... Hua is a breezy, unfussy storyteller and an astute observer.... Without wading into policy debates, Ms Hua dramatises the stories and contributions of immigrants who believe in grand ideals and strive to live up to them.” (The Economist)

“Vanessa Hua’s page-turner is a powerful look at immigration and identity.” (Us Weekly, “Summer’s Best Send-Offs”)

“Hua’s first novel bristles with timely detail and unexpected pivots, as two desperate women find family and community to support their struggle for freedom.” (BBC, “The 10 Smartest Beach Reads of 2018”)

What listeners say about A River of Stars

I really enjoyed this unexpected gem. The book unfolded in unexpected ways, and the characters developed in interesting and challenging directions.

Started out great and has a wonderful finale...but the middle section of the novel becomes tedious and drags. Jennifer Lim is a very good narrater.

So much culturally interesting information woven into this fun interesting story. The narration was great as was the story and character development. I loved how Ms. Hua told the back story of almost every character in the book. Really a great summer read!

This was not one I would recommend picking up! The story took forever to get through. If it was a required read, I would have never finished it.

Could not put it down.

A beautiful story of many different kinds of love. Learned more of Chinese culture and many similarities.

I loved listening to this book. The exclamations in Cantonese made it real for me. I would never have been able to translate by reading them myself. I was impressed by the enginuity and tenacity of the characters in their daily lives. It was a struggle for them, but they never have up!

This is very much a first novel. The writing is uneven and often clunky. The Audible narrator’s song-song delivery made this listening experience a slog.