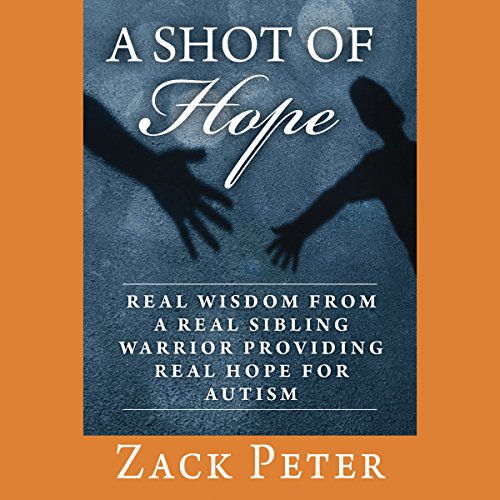 Autism shakes up your world. It has changed my life and I wasn't even the one diagnosed with it. My brother's name is Ethan Wolfgang, but we call him Deets. He is one of the greatest gifts my family has ever received. And one of the most challenging.

So begins Zack Peter's memoir of his family's struggle to cope with his brother's autism. And thus began Peter's mission to ensure that his brother will one day live an independent life. He candidly describes his attempts to get his family on board with Ethan's biomedical treatment and his fight against their reluctance. He relates how his life changes when he comes up with the idea of hosting a local fundraisers, which then throws him into the world of activism. He describes how this leads to his becoming a full-time advocate for autism. As everything in his life becomes more and more centered around the spectrum, Peter faces the personal struggle of being a voice for the cause while trying to maintain his own identity. Sharing the wisdom he's learned in a voice that's equal parts snark and heart, Peter offers a memoir that's as funny as it is poignant, filled with no-nonsense advice and what he calls "The Hope Rules," which are designed to help preserve sanity, dignity, and the will to stay strong. Whether you know someone with autism or not, Zack Peter's refreshing take on his life as a sibling and activist serves as inspiration to persevere, even when the odds seem impossibly long. It's everything you need to help keep your head up like the bottom of your glass.

What listeners say about A Shot of Hope

Maybe a kid would have found this interesting, but as an adult.. No.. Just NO..