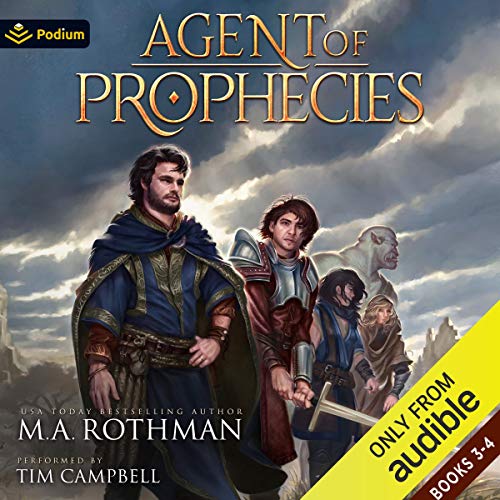 Contains books three and four of the Prophecies series.

The epic struggle continues for the Riverton brothers as they work on mastering skills they don’t yet fully understand, help raise and train two armies, and all the while, face the assassins hired to destroy them. These tools of the prophecy are being honed for one purpose, but it’s uncertain whether they’ll manage to stay alive for the final showdown.

Chaos abounds as the people of Trimoria are preparing for the final battle. Assassins are seeking to end the king's reign, debilitating madness overwhelms many of the wizards, and suddenly, an emissary from a long-lost civilization arrives. All the while, the demon lord’s minions are amassing at the border. The future of Trimoria hangs in the balance.

Includes a special note from the author.

What listeners say about Agent of Prophecies: Publisher's Pack 2