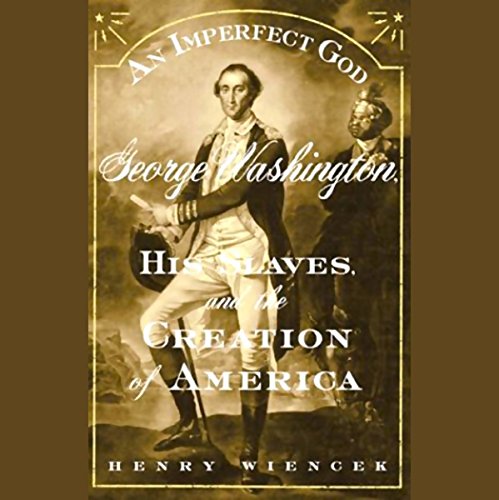 Washington was born and raised among Blacks and mixed-race people; he and his wife had blood ties to the slave community. Yet as a young man he bought and sold slaves without scruple, even raffled off children to collect debts (an incident ignored by earlier biographers). Then, on the Revolutionary battlefields where he commanded both Black and White troops, Washington's attitudes began to change. He and the other framers enshrined slavery in the Constitution, but, Henry Wiencek shows, even before he became president Washington had begun to see the system's evil, and he understood that the problem of this "peculiar institution" would be central to the American experience.

Wiencek's revelatory narrative, based on a meticulous examination of private papers, court records, and the voluminous Washington archives, documents for the first time the moral transformation culminating in Washington's determination to emancipate his slaves. He acted too late to keep the new republic from perpetuating slavery, but his repentance was genuine. And it was perhaps related to the possibility, as the oral history of Mount Vernon's slave descendants has long asserted, that a slave named West Ford was the son of George and a woman named Venus.

In this superb, nuanced portrait we see George Washington hi full both as a man of his time and a man ahead of his time.

"The process of fathoming Washington's moral evolution is not a simple one...[Wiencek] rises to the challenge." (The New York Times)
"This work of stylish scholarship and genealogical investigation makes Washington an even greater and more human figure than he has seemed before." (Publishers Weekly)
"This gripping story of moral reform adds greatly to our understanding of this most remote of Founders." (The Wall Street Journal)

What listeners say about An Imperfect God

Excellent handling of one part of Wahington's life

Focuses heavily on Washington and slavery, and to a much less extent on other aspects of his life. If this is your first biography of Washington, you would probably also benefit from a more conventional bio of him. But if you have already read other biographies of Washington, you still need to read this book for a fascinating and balanced look at the complexities of slavery, blacks serving (with distinction) in the Continental Army, and the idealism (or lack thereof) of many of our founding fathers.

All around great book

I really enjoyed this book. The author does a great job of creating a portrait of our first President with intimate and historical details. The author seemed credible and un-bias.
The narrator has great inflection in his voice and did a fanstastic job narrating this book.

I have read other biographies of George Washington and the founding fathers, but non-delved this thoroughly and incisively into Washington's views and actions regarding slavery with respect to four categories: the country, his community of peers, his family, and himself. Absolutely fascinating and well done.

This well researched book illuminates the workings of washington's mind around the subject of slavery. Well performed too. I recommend it to anyone interested in Washington himself or the founding era.

enjoyed the book. southor spent a little too much time on genealogy of the washingtons.