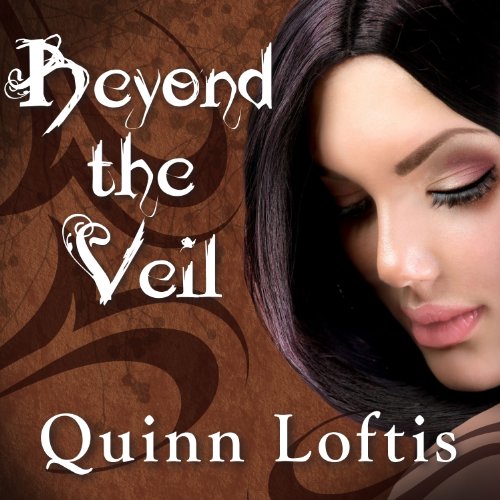 Though the Serbian pack has been brought to heel thanks to the downfall of their Alpha, the war is far from over. Desdemona, a witch of unfathomable power, has escaped the wolves' wrath, but she will not go quietly into the night. She takes refuge in a place where even the smallest sliver of light does not dare to enter. Though she had to flee, she has not given up on the treasure she wishes to acquire. Her depravity knows no bounds; she's even willing to search for the one who can assist her in opening a Veil that has not been opened in millennia - with good reason: the danger is incalculable.

Meanwhile, there are major changes rippling through the Romanian Grey wolves. Decebel has become Alpha to the Serbian pack in an effort to begin to unite the Canis lupis species. Their numbers are dwindling in the wake of the shortage of true mates and lack of offspring. The wolves are beginning to lose faith and darkness seems to be crashing in on them from all sides. But the winds of change are blowing, changes that will alter the future of not only the Canis lupis, but of another ancient race as well.

Amidst all of this, Sally is continuing to come to terms with her relationship with the playful, charming, flirty, unbelievably handsome bartender-who happens to be a member of the Romanian pack. If all that weren't enough, the Fates have decided to pay a little visit to Jen. It's time to collect. She cheated the Fates of a life, her life. Now they want what they are due. The problem? It's more than Jen is willing to pay. Yes, the war is indeed far from over. Bargains will be struck, declarations will be made, sacrifices will be given, love will be tested, and trust will be questioned as evil makes its stand against them all.

What listeners say about Beyond the Veil

now we add warlocks & pixies. the air is hot, the atmosphere tense. some more matings. things are getting juicy!

I listened to this book for the second time. whe listening it reminds me of how much I love these characters, and how much they brighten my day. Quinn is an amazing author and Abby does an an amazing job of bringing them to life.!! if you haven't listened to this series or read her series I would highly recommend doing so asap!!

I love this whole series I listen to it everyday back and forth from work anytime I'm in the car and sometimes even to go to sleep.

OhMgee. This series is getting better and better. I’m so loving it. It’s so from start to finish. I absolutely enjoyed listening to this audiobook.

YA doesn't mean it's going to be boring!!!

I just love this story. Once again Quinn has brought to life the beloved Grey Wolf packs and their mates. She also introduced a new species in this book, one I'm seriously looking forward to learning more about. Lilly's fate is up in the air in regard to what will happen in her romantic life. The females of the Serbian and Romanian packs (Alina, Jennifer, Rachel, Sally, Crina & Cynthia), along with the Fae (Perizada & Elle), are still deep in the Carpathian Mountains, bound from crossing the veil into the world of the Fae. Jacque is still unconscious after her little dip in the pond. The men (Vasile, Decebel, Gavril, Costin, Fane, Sorin, Adam & Drake) are still living through their own personal hells, stuck in the in-between. Mona is still being a major B****! However, the females have pulled their bootstraps up and declared war against the evil witch. Jennifer sent her a message of death; one I certainly wouldn't want to be on the receiving end of. And last, but certainly not least, the Great Luna paid a visit to our friendly neighborhood Fae council and gave them a 'this is what's up' talking to. The final line of the book means that the next story is going to have some major entertainment and some epic fights. I can't wait to read what happens next.

The narrator of this one did an amazing job. With each book she seems to get better at giving each character their own distinct voice. I really enjoyed listening to the story and am looking forward to listening to the next.

Well done to both the author and the narrator!

Whoa... I’m gonna channel Jenn and day that’s a lot of “wtf” moments. Haha. Jenn, Jacque and Sally, the trio of Americans who like to keep the Romanian pack, and now the Serbian pack on their toes are at it yet again!

Talk about a wild and crazy ride. Just when I thought Hong’s couldn’t get any worse, BOOM! The mating bonds have tightened a few new wolves in their lassoed attempts to bring two struggling worlds together. It’s just too bad it’s not enough to stop the wicked b*tch, I mean with witch.

When trouble strikes not once, not twice, not three times but four times it seems like all hope is lost. However, the great Luna isn’t allowing this to happen, not on her watch. Only thing is... she may be too late to stop all of the bad things from happening.

I absolutely love this series! Beyond the Veil had me crying, laughing, and made my heart break. Quinn Loftis knows how to pull a reader in and make them feel every joy and sorrow each character feels. I can't wait to read book 6! Thank you for the wolves.

Love this book, really good and great speaking. I am so amazed by how great this book it is!

This is truly a great book. Just when you think how can this series get any better than it already is Quinn Loftis shows you a entire new level