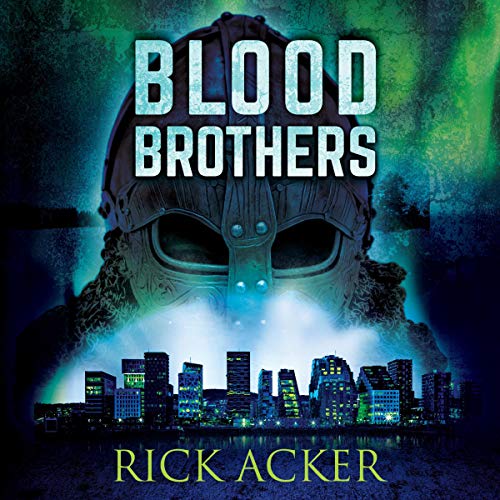 Attorney Ben Corbin travels to Norway to settle a dispute between Karl and Gunnar Bjornsen, feuding brothers on the verge of developing a revolutionary neural stimulant that could turn first responders into superheroes. But more than just the fate of their pharmaceutical empire is at stake.

What starts as a sibling rivalry takes a deadly turn as Gunnar flees with the secret formula and Karl finds himself in the crosshairs of a bribery investigation. As Ben navigates a web of intrigue involving the Russian mob, embezzled funds, and black-market deals, he and his legal team are targeted for violent reprisals. Whoever is behind the attacks, it quickly becomes clear that no one and nothing - including the miracle drug itself - is as it seems.

Will lust for profit and unbridled ambition drive Cain to slay Abel - or will the intrepid lawyer trying to save them from destroying each other pay the ultimate price?

What listeners say about Blood Brothers

Great Addition To The Series

I loved this book. It made a wonderful two week stay at Lake Tahoe even more fun because I could enjoy this book too, just the kind of book I love best. We get to see Big Pharma at work, the huge problems with FDA drug reviews, corporate false accounting, biotech advances that also threaten, and some great litigation scenes, all in one book. The plot is enhanced with lore and myth from Norway. Through it all, and what I think I loved best, you have characters who understand what love and family are, and who choose those values in extremely difficult circumstances, and when most people would falter. Great book.

Christopher Lane was outstanding with the delivery of the story

This is Book 2 of the Dead Man's Rule series. I plan to listen to Novel 1 soon. This novel is about the legal fight between two Norwegian brothers over control of a pharmaceutical company they built together. Christopher Lane's narration is superb. Some listeners may object to the religious content of this novel, but it is certainly not overwhelming. Highly recommended!!

Loved it! This read moved well. I didn't have to worry about language which was great.

I’ve thoroughly enjoyed both books. The narrator does a fabulous job, especially considering all of the languages!

Who was who now?

The story was just &quot;ok&quot; for me. It was a very very slow ramp up to a very &quot;yeah ok&quot; ending for me. Only a few &quot;high points&quot; of interest for me in the story, but mostly it felt kind of &quot;plodding along&quot; until the end which was just a bit &quot;too long of a trip&quot;.

The narration wasn't bad but I had difficultly differentiating all the characters at times. He's really good at the accents, but the voices were very close in character to me.

I know this got lots of great reviews and it was good enough to stick with until the end. It just didn't live up to my expectations.