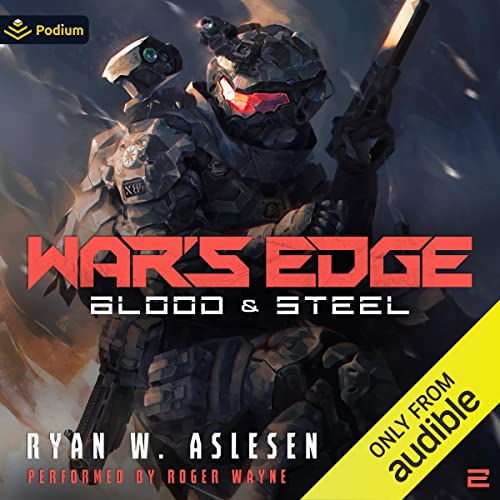 On its heels after the disastrous Battle of Verdant, the United Systems Alliance is taken completely by surprise when the Galactic Union launches an all-out surprise offensive that captures planet after planet. Fear and panic spread like an oxygen fire as the Union invasion fleet makes a dash for the Alliance core worlds.

Sergeant Mark Rizer and the Marines and sailors of Sixth Fleet are lightyears from the front, still licking their wounds after the bitter defeat on Verdant. But there is no time to rest, for General Hella is planning a daring - perhaps suicidal - operation to finally halt the Union juggernaut.

As the Alliance launches its first offensive of the war, Rizer and his Marines find themselves in the midst of a brutal campaign to retake the Union-occupied planet Stavanger. Fighting house-to-house and hand-to-hand in a frozen hell, Murder Company wages a desperate battle against a seemingly unstoppable enemy. Outgunned and outmanned, Rizer realizes his platoon is more than just a cog in the vast Marine Corps war machine: They're the glue holding the entire operation together. Failure isn't an option if the Alliance is to survive.

This book contains graphic violence, profanity, and sexual content. It is intended for a mature audience.

What listeners say about Blood & Steel

skips the insides for more action

while some people might enjoy the fact that there is a lot less in between for the action parts. I feel like thats where the first book did some of its best story telling and character development. the way this books just skips months ahead and with just a few chapters before the battles kick off kind of sets a jarring pace of very front loaded combat as to where it felt more of a coming of story for ryzer(? I dont know how his last name is spelled.) We do get a few snippets of character development but no where near the last installment. So overall it's a little disappointing after the first books stellar start to finish. id rate it about a 3.8 out of 5

side note: new narrator does just fine. just takes a little getting used to.