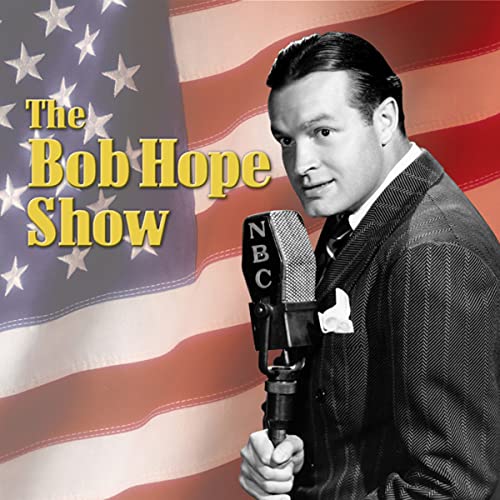 This episode of Bob Hope's classic NBC radio show originally aired on May 14, 1954.

Bob Hope made his radio debut on NBC in May 1937. He became a top-rated fixture on Tuesday nights with his theme song, "Thanks for the Memories". His legendary broadcasts from military bases around the world helped boost American morale during the dark days of World War II. Over the years, his radio regulars included Jerry Colonna, Brenda and Cobina, Vera Vague, Wendall Niles, and orchestras led by Skinnay Ennis and Les Brown. Featured singers on the show included Judy Garland, Frances Langford, Doris Day, and Gloria Jean.

"One of America's most popular radio comedians." (Raymond Strait, Bob Hope: A Tribute)

Would you consider the audio edition of Bob Hope Show to be better than the print version?

I never heard of a print version, but yeah!

Which character – as performed by Bob Hope and Grace Kelly – was your favorite?

It doesn't take long, so yeah. I listened through it all at once.