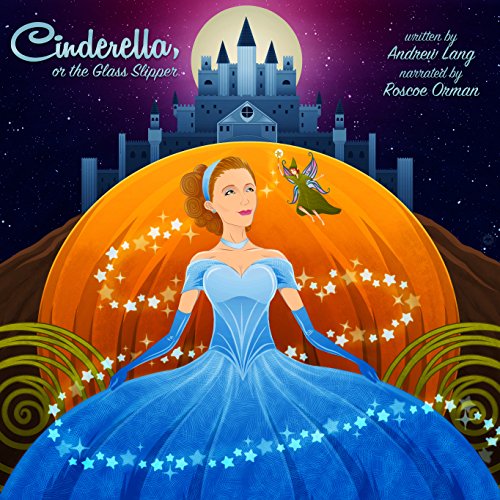 This original Audible production combines two of an average child's favorite things: the story of Cinderella and the infectious fun of Roscoe Orman, a.k.a. "Gordon" from Sesame Street. Orman has made a career out of communicating effectively with youth, thus he is a perfect choice to perform this classic tale from the Brothers Grimm. Over the course of his four decades on the Emmy and Grammy Award-winning children's program, Orman has evolved into more than an actor. He also works as a child's advocate and travels as a storyteller. These traits as well as his warm and trustworthy voice earned him the title of Chief Storyteller at Audible Kids, a role he's held since 2008.

Once there was a gentleman who married, for his second wife, the proudest and most haughty woman that was ever seen. She had, by a former husband, two daughters of her own humor, who were, indeed, exactly like her in all things. He had likewise, by another wife, a young daughter, but of unparalleled goodness and sweetness of temper, which she took from her mother, who was the best creature in the world. No sooner were the ceremonies of the wedding over than the mother-in-law began to show herself in her true colors. She could not bear the good qualities of this pretty girl, and the less because they made her own daughters appear the more odious. She employed her in the meanest work of the house.
Public Domain (P)2008 Audible, Inc.

What listeners say about Cinderella, or The Glass Slipper

A very nice version of the Cinderella story thaf I have listened to I several times already.

I bought this for my 4 & 6 year olds so they could have some basic cultural literacy, but the language might be better for 7 or 8 year olds.

loved it very much, and look forward to the next book that I can listen to.