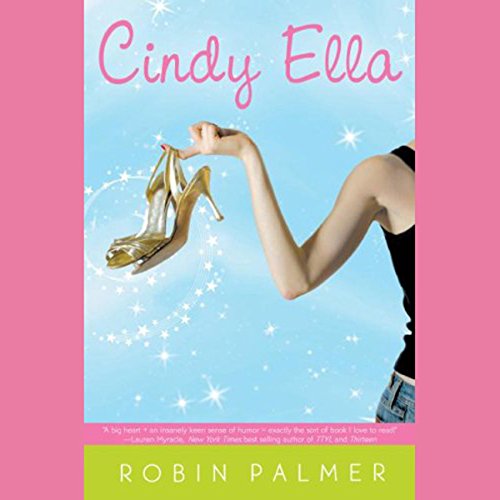 Prom fever has infected L.A. - especially Cindy's two annoying stepsisters, and her overly Botoxed stepmother. Cindy seems to be the only one immune to it all. But her anti-prom letter in the school newspaper does more to turn Cindy into Queen of the Freaks than close the gap between the popular kids and the rest of the students.

Everyone thinks she's committed social suicide, except for her two best friends, the yoga goddess India and John Hughes-worshipping Malcolm - and shockingly, the most popular senior at Castle Heights High and Cindy's crush, Adam Silver.

Suddenly, Cindy starts to think that maybe her social life could have a happily ever after. But there's still the rest of the school to deal with. With a little bit of help from an unexpected source and a fabulous pair of heels, Cindy realizes that she still has a chance at a happily ever after.

What listeners say about Cindy Ella

Would you listen to Cindy Ella again? Why?

No , because I don't like to listen to the same audiobook twice , and also the story wasn't very good in my opinion

Everything about the narration was good .. she is very talented narrator

It made me laugh at some point , but mostly I was listening to finish it

I liked this book , but I prefer Geek Charming more