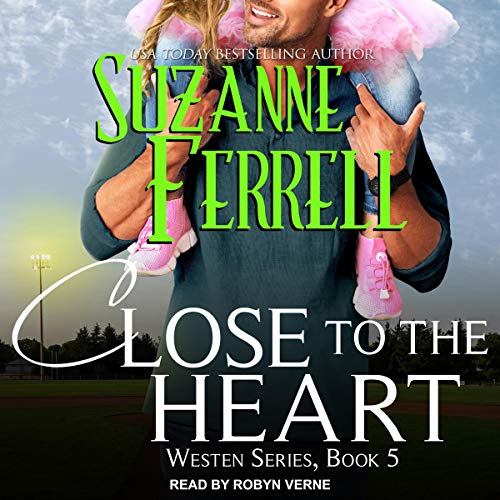 Close to the Heart

During a statewide blizzard, Westen sheriff's deputy Daniel Löwe finds a little girl named Lexie abandoned, freezing and terrified. He takes her to the only available place in the small town, the Westen House for at-risk teens. Daniel enjoys spending more and more time at Westen House with Lexie and the four teen boys who live there. But it's the new housemother, Melissa Davis that drives his heart faster.

After surviving an abusive ex-husband, a wiser, less-trusting Melissa is forging a new life for herself. The moment Lexie arrives bundled in a quilt and asleep in the handsome deputy's arms, Melissa's fierce maternal impulses rouse. As Daniel helps track Lexie's mom and still finds time to teach the little girl how to play baseball, Melissa realizes that Daniel's a good man who keeps his promises and the walls around Melissa's heart start to crumble.

Their newly forged hope shatters when multiple bodies are discovered in abandoned drug dens and Daniel realizes Lexie's in real danger from her mother's dealer. Fearing for the little girl's safety, Daniel and Melissa must lean on each other if they want to prevent the monster from stealing Lexie's life.

What listeners say about Close to the Heart

This book had a good story line and the readers did well but I skipped a good portion of the book because of the sex scenes which were too explicit. Would have been a good book without the sex.