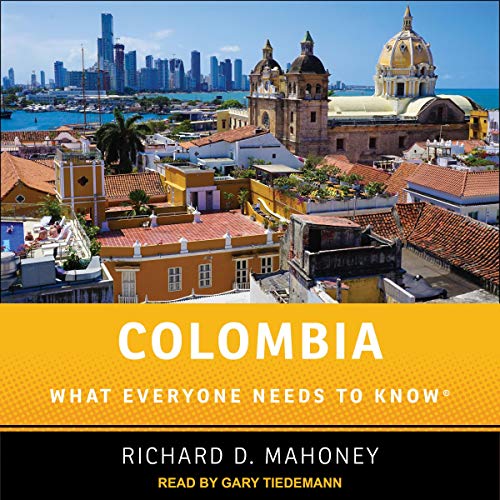 Colombia's recent past has been characterized by what its Nobel laureate Gabriel Garcia Marquez once called "a biblical holocaust" of human savagery. Along with the scourge of drug-related massacres facing the country, politically-motivated assassinations (averaging 30 per day in the 1990s), widespread disappearances, rapes, and kidnappings have run rampant through the country for decades.

For many Colombians, the violence oft-invoked in today's immigration debate is a bleak and inescapable reality. And yet, with only 11 years of military rule during its 200 some years of independence, Colombia's democratic tradition is among the richest and longest-standing in the hemisphere. The country's economic growth rate over the last 75 years is among the highest in South America, the overall living satisfaction of its citizens is on par with citizens of France, and it is home to some of the continent's best universities and most dazzling fine and industrial arts.

With such contradictions, even to experts, Colombia is one of the most confusing countries in the Americas. In this new addition to the popular What Everyone Needs to Know® series, Richard D. Mahoney links historical legacies, cultural features, and the relentless dynamics of the illegal drug industry to unravel the enigma.

What listeners say about Colombia