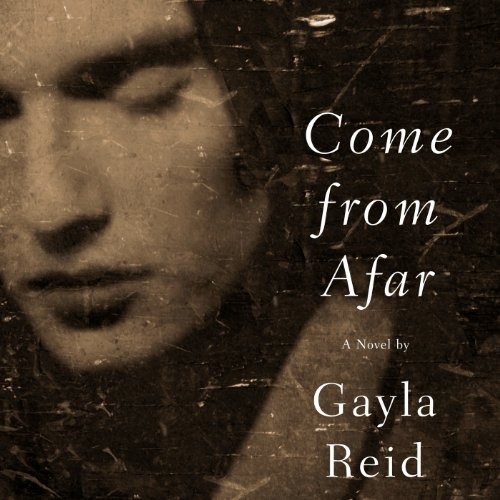 Gayla Reid’s epic historical story is set in England, 1939, and is told from the first-person perspective of Clancy, an Australian nurse who volunteered for the Republican faction during the Spanish Civil War. During that tumultuous time, Clancy met Douglas Ross, who became her lover, but she has not heard from him since the final offensive. As she awaits news of his whereabouts, she tells her enthralling life story to her infant daughter. Corrie James’s passionate performance as Clancy creates an intimate space, heightening the life-and-death stakes at play. Her British accent highlights the depth of Reid’s prose, enveloping the listener in a rich lyrical landscape.

In England, in the spring of 1939, Clancy, an Australian nurse, waits with her infant daughter for news of her lover, who was a volunteer with the Mackenzie-Papineau Brigade in the Spanish Civil War. As she waits, Clancy shares with her daughter the story of her own childhood in the Australian bush and her disastrous marriage to an English archaeologist. When the Spanish Civil War erupted, Clancy volunteered on the Republican side. Her chance for happiness amid the chaos came when she met the young Canadian Douglas Ross. She has not heard from him since the final desperate offensive.

The fourth work of fiction by the award-winning Australian-Canadian writer Gayla Reid, Come from Afar is a sweeping historical story of personal and political struggle.

What listeners say about Come from Afar