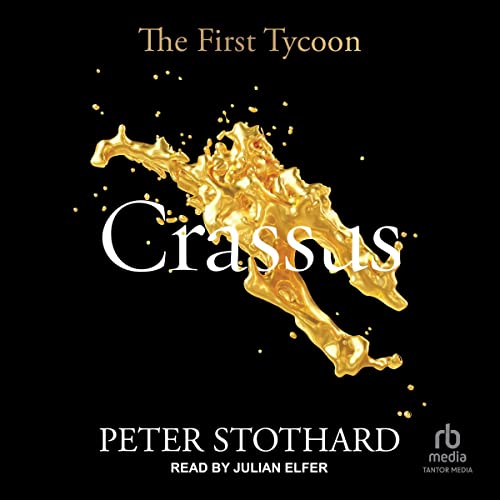 The story of Rome's richest man, who died a humiliating desert death in search of military glory

Marcus Licinius Crassus (115-53 BCE) was a modern man in an ancient world, a pioneer disrupter of finance and politics, and the richest man of the last years of the Roman republic. Without his catastrophic ambition, this trailblazing tycoon might have quietly entered history as Rome's first modern political financier. Instead, Crassus and his son led an army on an unprovoked campaign against Parthia into what are now the borderlands of Turkey, Syria, and Iraq, losing a battle at Carrhae which scarred Roman minds for generations.

After Crassus was killed, historians told many stories of his demise. Some said that his open mouth, shriveled by desert air, had been filled with molten gold as testament to his lifetime of greed. His story poses both immediate and lasting questions about the intertwining of money, ambition, and power.

What listeners say about Crassus

A quick and engaging read

A good audiobook production! An example of simple & concise writing. The author manages to tell an amazing story without ever dumbing down or simplifying the historical context.