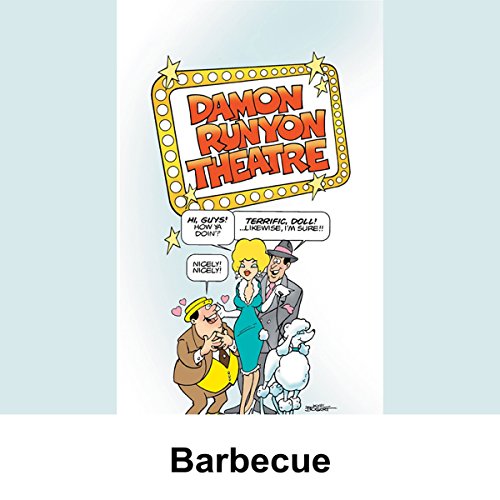 Damon Runyon Theater is an American TV program that aired in 1955 and 1956. It presented dramatized versions of Damon Runyon's short stories. In this episode, Hi-C Homer and Broadway find themselves at a barbecue stand during a Florida storm. An ex-wife, two bad guys, and $50,000 in cash make a good barbecue sauce! Starring John Brown and Frank Gallop (announcer).