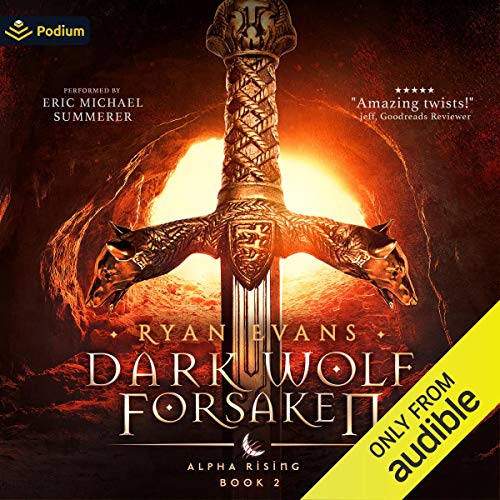 The Saurian threat has been defeated, and the eastern border has been made safe once again.

With the end of the campaign, Valian looks forward to peace and prosperity for his newly established house, but fate has other ideas. A dark corruption is taking hold in Tor’s Rest, strengthened by the avarice and ambition of those in power.

Shunned by those he called allies, cornered by those he called enemies, Valian must decide how far he’s willing to go in order to combat the chaos sweeping throughout the land. Can he find a way to stop the impending calamity, or is he destined to be just another sacrifice to the coming storm?

Story was good , the writing is subpar and several times I said to myself what obtuse language or why say that. Overall good story if you can slog through

I loved the first book. It was awesome! This book, however, does not compare. I'm not a fan of zombie books and this is all about zombies.

Can the inner Beast be controlled?

Very good story that keeps you listening and asking for more. A tale of sacrifice for the ones he loves. The beast is only a moment from coming out into the open. Well worth a credit.

Not your typical old Werewolf story.

Ryan Evans telling is crisp and quick. Valian finally gets his life and people moving forward when a certain Imperial Princess with delusion of grandeur tries to mess with our hero. anything else would constitute a spoiler alert. Can't wait for the next book😁

A series to rival the lord of the rings!

The story is terrific and tho a bit dry at points, the overall drive of the characters and the direction of the fates they have to endure makes for a compelling story. The twists and turns tho some are not really hard to see coming make it almost impossible to step away or not become attached to all the characters. I hope and pray the stories continue through and that to all those who listen to this series will enjoy or even come to love them.

Disappointed because zombies for no reason

So, basically zombies. I personally don't like zombie books, this include anything that is basically a zombie with another name. Insect hordes, robot hordes, Insert mindless creature name here hordes. I think it is one of the biggest cop out for a story to try and have a mass battle against a foe with the justification for mass slaughter because they are mindless. Why can't the MC just have a reason for war and mass slaughter? It is what you do in medieval / fantasy times war. To spin in something that makes people turn into zombie like (Zerg like?) is just a way to not have to write details about the other side because you can grayface everything into one lump sum of what they are. The book starts out just OK but then it devolves into insane things that no right person with a military would ever put up with in a bad leader (Referring to the evil villain) regardless of emperor government structure. It is why so many kings and emperors get assonated and killed/murdered more then they don't throughout history. Anyways, I liked the character development but the decisions that the MC made, while correct for what he would do, were railroaded by an unbelievable story and then the enemies are now zombies because "trying to cut down the killing of sentient peoples". So this book is just above a 3 for me. Now if you LIKE zombies (and I know that many people like that kinda stuff), then in this book you get Beastkin zombies! And then I think you will find this book an easy 4.5 and you should get it and you will enjoy it. Just wasn't my cup of tea, I will try out the 3rd book but this book ends with ( Not really a spoiler but) the MC being put in an absurd situation where he should have and could have just been killed and the story would have ended but is being kept alive for no reason because book would end and then cliff hanger..... SO I am already kinda like Ehh about where it is going.

The Alpha Rising series has been very enjoyable so far. A very interesting world with plenty of action and political intrigue. The only criticism is that too often the characters will flashback to a set piece that could have been presented in real time. I understand that this could be a way to trim some fat from the story, but it occurred a little too much.

Terrific book. Can't wait for the next one.

Dear author, please write faster. Can't wait for the next book in the series. I will be trying other series as well.