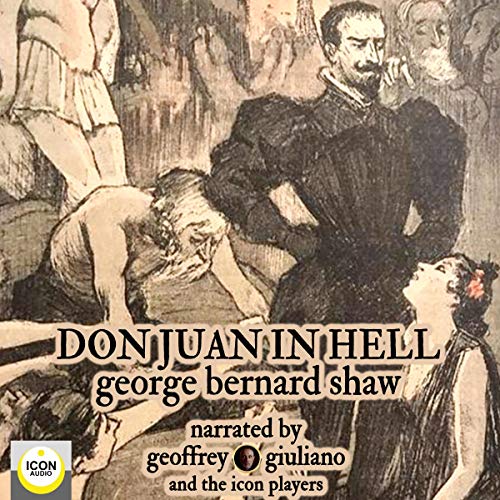 Don Juan in Hell is an excerpt (Act 3, Scene 2) from George Bernard Shaw’s Man and Superman. It is often performed as a standalone play. In it, three characters from Mozart’s Don Giovanni (Don Juan, Dona Ana, and the statue of the Commendatore, Dona Ana’s father) meet in Hell and, joined by the Devil, have a philosophical debate on a variety of subjects, including Heaven and Hell, men, women and marriage. In the end, they all decide where they will spend eternity.

Geoffrey Giuliano is the author of over 30 internationally best-selling biographies, including the London Sunday Times best seller Blackbird: The Life and Times of Paul McCartney and Dark Horse: The Private Life of George Harrison. He can be heard on the Westwood One Radio Network and has written and produced over 700 original spoken-word albums and video documentaries on various aspects of popular culture. He is also a well known movie actor.

What listeners say about Don Juan in Hell