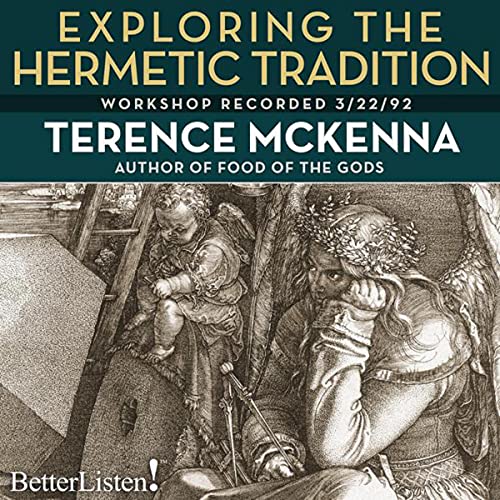 The term “Hermetic” comes from Hermes Trismegistus, who was originally an Egyptian god (Thoth) and was later incorporated into Greek culture, and associated with Hermes. The term “hermetic” can mean “pertaining to alchemy and magic”.

About 40 books are ascribed to Hermes Trismegistus. These books were written between about 200 BC and 200 AD and deal with alchemy, astrology, and philosophy. The “Hermetic Tradition” isn’t simply the Alchemical Tradition; it’s a literary-philosophical tradition in which alchemy, astrology, the occult, and the philosophy of Plato are all interwoven. All European alchemists may be said to be part of the Hermetic tradition, but philosophers and poets with no interest in alchemy may also be considered part of this tradition. In this lecture, Terence McKenna explores the Hermetic Tradition by discussing ancient traditions, symbolism, the philosophy behind it.