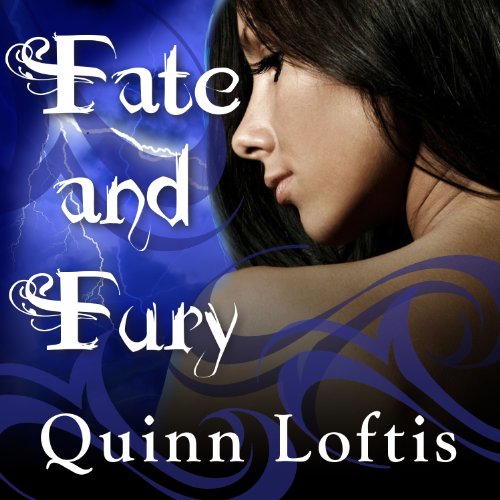 The Fey must convince the Alphas of every pack to lay aside their petty territorial squabbles and battles of dominance. If they refuse, both the humans and the supernatural races will fall at Mona's feet. Sally holds to a shred of hope. Though Vasile, Decebel, and their pack-mates endure the torture of the In-Between, living their worst nightmares over and over, Sally holds. Though she knows that it is only a matter of time before their wolves take over, she holds. Sally knows that if the males die, then so too will their mates who have performed the Blood Rites, including her best friends, Jen and Jacque. Yet she holds. If the males lose themselves to their wolves and turn feral, so too do their mates. Still she holds. Though Vasile, the strongest Alpha in their history to unite the wolves, is lost beyond the Veil, Sally holds. Though Decebel, the only other wolf besides Vaile strong enough to unite the packs, suffers beyond the Veil, Sally will hold. No one is left to unite their race and defeat Desdemona. Yet Sally still holds. She holds out hope that the Great Luna will not abandon them, cannot abandon them. Throughout the centuries, the Great Luna has always provided a gypsy healer to the packs, especially in times of great need. Now Sally is that healer.

Sally fears what role she has to play in the defeat of Desdemona, but she will play it. Though heaven and hell unite against her, she will play it. For too long the supernatural races have lived in separation, warring amongst themselves, allowing trivial power plays and selfish disputes to keep them from uniting. That separation has made them weak. Now, being summoned as a collective force to the same land, will they come? Will they come in numbers greater than have been seen in centuries? Will they destroy each other and save Mona the trouble, or will they finally unite and fight as one?

What listeners say about Fate and Fury

I loved this book/series it’s amazing. I’m completely in awe of of these amazing, resourceful characters, full of life and willingness to sacrifice for the ones they love.

My favorite characters, as of right now are Decibel and Jennifer. They are perfect for each other. What is to happen in their very near future, breaks my heart. I know I’ll be crying throughout it. All the couples are great though and I’m sure everyone will have their favorite.

After a huge victory for the supernatural creatures, on it’s heels arose another threat. More dangerous than the one they just beat. No rest for the weary!!

As the story goes on it’s great watching the different characters find their true mate. Even better they all stay in the story.

I’m going to be in withdrawals from this series, I know I am.

The person reading these books is really good also. Love the accent!

This book was my 1st audible book and I am so glad that I got it. I can’t wait to read or listen to the rest.

This narrator absolutely makes this series!

The narrator is incredible! The books are varied, I'd say 3.5 to 4 stars but after you HEAR it performed by her?? 5 plus stars!!

best balanced story narrative in a long while

this series is fantastic! It gives all the romance, all action, all the human emotion and spares you the erotica, boardering on pornography. The author gives you everything you need, while the narrator takes you into the gray wolves world so completely. I will be reading this series straight through no change of pace books in between in avoidance of boredom.

Loved it. The journey to the battle was great. The love and compassion that has been put on paper is wonderful.
Throughout I could imagine every aspect of the book. This would make a great TV series.

One of my Favorite YA series!

It's another amazing story from Quinn Loftis. The wolves and friends have come back with a bang, or a bark, whichever suits you best. The girls are still working to keep their men on their toes and the men are still trying their best to keep the girls out of trouble. Lilly has found her new place with Cypher and Mona has lost her head, so-to-speak. The wolves faced their greatest battle yet in this one and they still managed to come out on top. The ending made me both joyous and heartbroken. I can't tell you why, but all I can say is the poo is gonna hit the fan when Decebel's actions are finally revealed and I wouldn't want to be him when Jen finds out. Fane is still holding himself back from Jacque, but he's getting better at hiding it, at least it seemed like it at the end of the story. Sally and Costin have found a few moments of piece with one another before they have to go out and face yet another enemy. I swear, their enemies are like rain drops, where there's one, there's always more.

The narrator has again done a wonderful job bringing the voices of each character to life and making you feeling the emotions behind each characters words.

I'm looking forward to what comes next. Well done to both the author and the narrator.

Bittersweet and unexpected twists. It has quite a few dramatic and humorous moments, skillfully merging simultaneously. Good listening.

narrator took time to get used to but wasn't horrible. overall story was good I felt emotional couple of times during this one in particular.

one of the best series I have ever read. A must read for everyone!

Holy fur on a wolf! I think his book gave me multiple coronaries... not sure how I feel about that. Lol

The things that Desdemona do to the men and to be woman of this pack, to be friendships around the packs... it’s one crazy bad thing after another but this time she’s gone too far and needs to be brought down. The fae, the wolves, the warlocks and the elves will have to battle it out against the evils of the world and hope they come out on top.

Bad thing is... when one bad apple is tossed out, another arises. This time, the threat is more powerful and a helluva lot deadlier than the crazy witch....