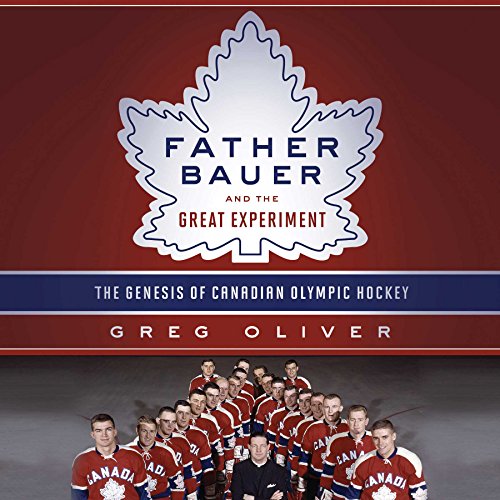 Father Bauer and the Great Experiment

A pioneering and beloved Canadian legend comes to life.

Father David Bauer changed lives - at the rink, in the classroom, and at the pulpit. Bauer's dream created the first truly national Canadian hockey team. In 1963 that unique group represented Canada abroad and were committed to both country and to Father Bauer. Whether shepherding the hockey program at St. Michael's College in Toronto or the men's national team out of the University of British Columbia, Bauer was both spiritual leader and trailblazer.

Through exhaustive research and countless interviews, author Greg Oliver explores a Canadian icon, the teams that he put on the ice, and the rocky, almost unfathomable years of the 1970s when Canada didn't play international hockey. Finally, for the first time ever, the whole story of Father Bauer's critical importance to Canada's game is told in the rich detail it deserves, and a beloved icon is celebrated for his contributions to our nation's sporting history.