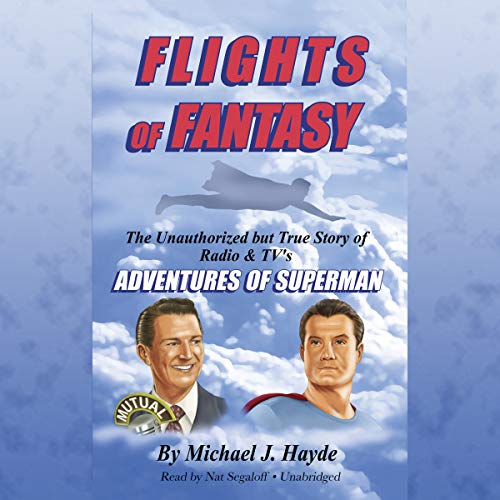 Author Michael J. Hayde's definitive work about Superman on radio and television. Hayde is well-known for My Name's Friday: The Unauthorized but True Story of Dragnet and The Films of Jack Webb and Little Elf: A Celebration of Harry Langdon, and this new treasure trove of information on the Man of Steel covers comprehensive episode logs for the radio series and the original television series, plus the complete story lines for two unproduced television series episodes, and dozens of "deleted scenes" taken right from the scripts.

What listeners say about Flights of Fantasy