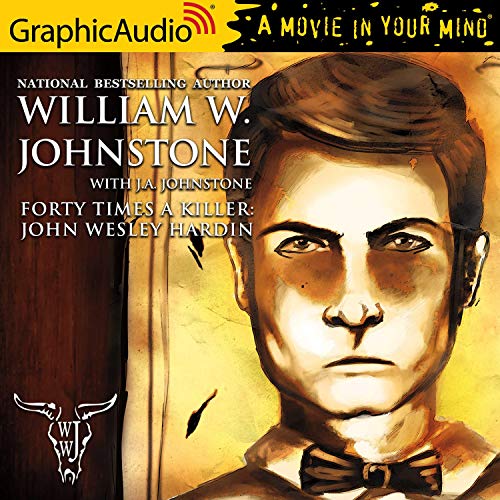 William Johnstone and J.A. Johnstone take on the deadliest and most feared outlaw to ever walk the Old West - John Wesley Hardin.

First he became a killer.

Then he became a legend.

He was 15 when he killed his first man. Before his murderous ways ended, Hardin killed 42 men in cold blood - one, the legend goes, because he snored too loudly. From then on, John Wesley Hardin stayed true to his calling, killing man after man after man, spending most of his life being pursued by both local lawmen and federal troops.

Hardin lived a fever dream of lightning fast draws and flying lead. By the age of 17, Hardin earned a deadly reputation for cold-blooded killing that drew traitors, backstabbers, and wanna-be gunslingers - all for a chance to gun down the man who had turned killing into an all-American legend....

What listeners say about Forty Times A Killer [Dramatized Adaptation]