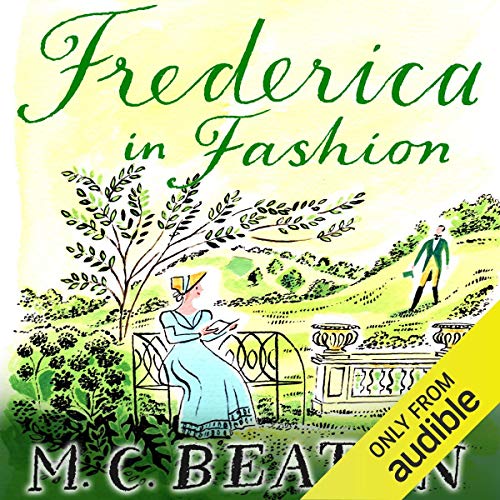 How could colourless Frederica withstand a Season's scrutiny after the five beauties before her had married so magnificently? Disguised as a chambermaid, Freddie found her way into the household of the fashionable Duke of Pembury. That wild gentleman was soon on to her tricks and found himself escorting the lady to London. Once on the marriage mart, the five sisters preened and primped the youngest until Freddie could not recognize herself! They did not seem to notice that a certain gentleman's attention had Freddie blooming, and that perhaps Freddie was not fated to be plain - or unmarried - after all... < /p>

M. C. Beaton is the author of the best-selling Agatha Raisin series. She has also written several Regency romance series. She lives between Paris and the Cotswolds.

I loved the entire series and was sad when it was over. Can't wait to read / listen to more of M.C Beaton. I felt that the final book was a little rushed but I suppose, after six, even a creator gets a little weary of her creations.

Pathetic ... both story and reader

Cannot believe that M.C.Beaton wrote this. Not improved by the dreadful reading..possibly the worst narration on Audible with risible attempts at varying the voices. Had the review system allowed 'nil points'...that would have been a valid review!