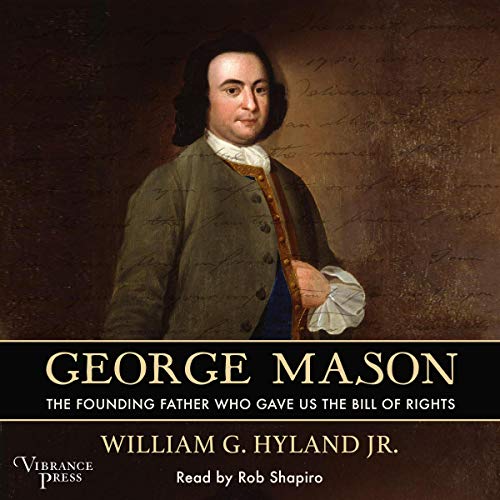 George Mason was a short, bookish man who was a friend and neighbor of athletic, broad-shouldered George Washington. Unlike Washington, Mason has been virtually forgotten by history. But this new biography of patriot George Mason makes a convincing case that Mason belongs in the pantheon of honored Founding Fathers.

Trained in the law, Mason was also a farmer, philosopher, botanist, and musician. He was one of the architects of the Declaration of Independence, an author of the Bill of Rights, and one of the strongest proponents of religious liberty in American history. In fact, both Thomas Jefferson and James Madison may have been given undue credit for George Mason's own contributions to American democracy.