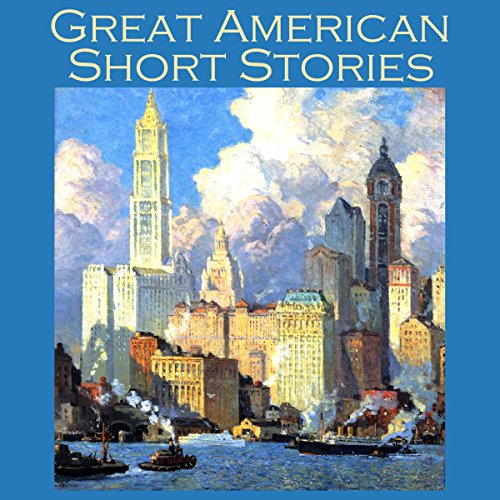 A gripping collection of outstanding American classic short stories by some of America's greatest writers.

her reading would be good...for 10 minutes

I feel like I am listening to campfire stories at a boy scout camp. That style of speaking for about 10 minutes. I am about 5 or 6 hours in to listening, and struggling to continue. I no longer listen every day, as when I was working and travelling 45 minutes to 1.5 hours each way a day. So I don't know how long it will take to finish. I do have to listen to this in shifts -- so I may forget what I heard before, because I might not listen for a couple of weeks.

A horror in every breathless moment ....

Would you try another book from the authors and/or Cathy Dobson?

No, while all of the authors are enticing, Dobson's performance, however, is not.

Silent pauses without her dramatics. Gave my ears a rest.

.... even in the performance! Dobson was stretched beyond her limits.

Was Great American Short Stories worth the listening time?

Hard to follow the story lines. I have listened to other audible books that l liked a lot more than this one.