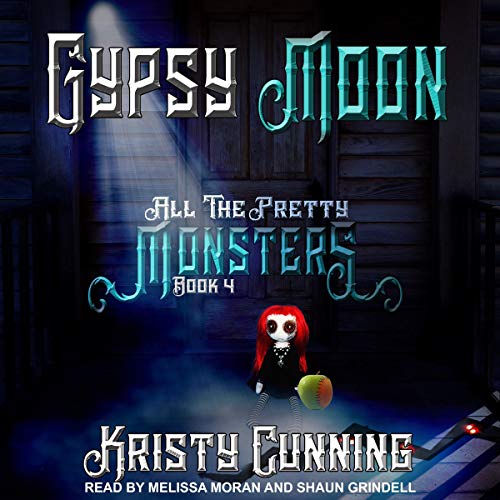 Imagine searching your whole life for answers, and then finally finding them. A part of you is excited to know the truth. Another part of you is damaged, because you realize why it was so hard to learn answers.

In the midst of all of it, the four monsters I've gotten too attached to are about to be reunited with the one woman they all once loved so deeply that they sacrificed everything to have an eternity with her.

They said they hated Arion, but I never see hatred when they're around him. I see frustration, resentment, anger, and pain, but never hatred.

They say they hate Idun, but until she returns, I won't know how true that really is. All the pretty monsters don't have simple emotions, because everyone has lived so long that it's gotten entirely too complicated to feel anything too much.

The only way to figure out what happens next is to stop stalling and start doing, while silently hoping it doesn't cost me everything I never knew I wanted...until it landed in my lap.

My life sucks so hard sometimes.

This series is ADDICTING!! The banter and craziness is hilarious but will keep you in the edge of your seat. The attachment the guys have to violet is well it’s just hard to write that out. It’s kind of like picking a daisy. Only 2 books left. My husband is probably going to hurt me after he sees the bill! Oh, well it’s worth it!!

Love this series, the narrators do an amazing job each character voice is unique and matched each character perfectly. Good mix of romance and adventure also a lot of humor.

This is the first books I’ve listened to by this author so I don’t know if it’s this particular series or her writing style that often gets me a little lost. I wish we got a clearer description of the characters. In addition I get kinda lost to what’s going on and who’s talking to who. So in my head I have Violet looking like a young Elizabeth Taylor although they referenced her as being understated in looks. The werewolf alpha is described as being the biggest of the group and having long black hair and a beard. I picture Aquaman. The VanHelsing alpha is described as looking like a polished Viking so I picture him looking like Thor. The vampire is confusing to me because all I picture when hearing his voice is the head vampire in the twilight series and he was not sexy. Finally Morpheus. He’s the one that’s least described so I just picture star lord. I’m not a fan of Violets mom or the triplet ghosts. They still have to face Eden and clearly nobody really knows what the heck Violet is.

The best books ever

I literally laugh out loud with this series and drown in the romance and horror of the elements of these books. I'm a number 1 fan and cannot wait till I can get my hands on the 6th book....

Oh when when when is the next book on audio??
This series is yummy in ALL ways...
Suspenseful, sexy, romantic, unpredictable, hilarious and deliciously evil !

Ticks all the boxes yet again

As previous books in this series, this does not disappoint. I fell in love at book one and my heart has not been broken yet ! :) What more can one say ?

loved it and can wait to read the next one....it just leaves you wanting more.

Another amazing installment of all the pretty monsters. It's fast paced incredibly witty and smart. I loved Violet and her naivetè she a refreshing but can also be very dangerous. Shaun and Melissa done an exceptional job in narrating this series, they brought the characters to life and makes you feel like your part of the adventure.