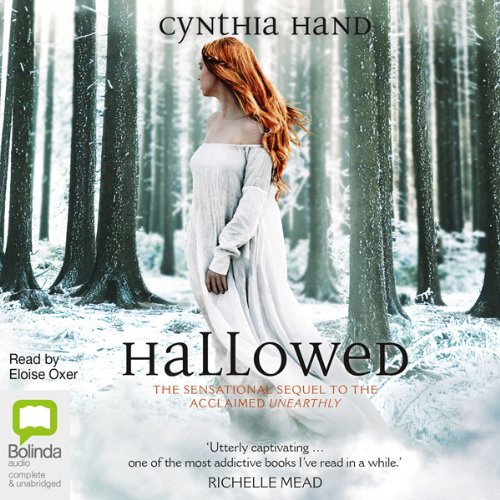 For months part-angel Clara Gardner trained to face the raging forest fire from her visions and rescue the alluring and mysterious Christian Prescott from the blaze. But nothing could prepare her for the fateful decisions she would be forced to make that day, or the startling revelation that her purpose - the task she was put on earth to accomplish - is not as straightforward as she thought.

Now, torn between her increasingly complicated feelings for Christian and her love for her boyfriend, Tucker, Clara struggles to make sense of what she was supposed to do the day of the fire. And, as she is drawn further into the world of part angels and the growing conflict between White Wings and Black Wings, Clara learns of the terrifying new reality that she must face: Someone close to her will die in a matter of months. With her future uncertain, the only thing Clara knows for sure is that the fire was just the beginning.

Described by Richelle Mead as "utterly captivating," Unearthly received outstanding reviews, garnered accolades from New York Times best-selling authors, and was named an Indie Next Pick. In this heart-wrenching sequel, Cynthia Hand expertly captures the all-consuming joy of first love - and the agony of loss. This beautifully woven tale will appeal to fans of Lauren Kate, Becca Fitzpatrick, and Aprilynne Pike.

"Readers who enjoyed the steadfast characters, plotting and romance of Unearthly (2011) can expect more of the same in this equally satisfying sequel." ( Kirkus Reviews)

Loved the book and really enjoyed the audiobook. Have downloaded the second book straight away.